What would it be like to live on Mars? Let’s see!

Presently, Earth is the only planet where humans live. But, our goal is to reach Mars and have a part of our civilization settled there. We never know what could happen to Earth in the future and so having our race on different planets means that we won’t go extinct if any extinction-level event occurs. SpaceX is working very hard to make this possible, and their Starship will be the one to take us humans and cargo to space. But have you ever thought how it would be like to live on Mars? Let’s take a look. PS: It would be nothing like Earth.

One of the most challenging parts about staying on Mars would be to reach there. The strong gravitational forces of Earth mean that the speed at which the vehicle would escape the planet would be huge. We are looking at around 21.6 KM/sec or 78,000 km/hour. Don’t worry! You will be trained specifically for this day, and your body will build up a tolerance for such high-gravitational forces. But don’t think that it is going to be a jolly ride like a summer trip.

Now once you escape the planet, your real journey to Mars will begin. If you think that, Space journey will be beautiful because you will be able to look at the stars and enjoy the ride. Well, I suppose you might be wrong, my friend. Though that could happen, there is a very high chance that it wouldn’t, and that will be because of the sun. If any side of the Spaceship has sun-facing it, the brightness will be so high that stars will not be visible. And on the other side, it will be a dark space and nothing else.

The journey from Earth to Mars will take approximately 7 months and even longer, depending on the path. And the space ship you will be traveling in will cruise even faster at 78,000 km/hr compared to 41,000 km/hr when moving out from Earth. As you move away from the planet, the spaceship will lose real-time communication, and you won’t be able to contact anyone instantly. And by the time you reach Mars, this same time difference or ping will be around 12 minutes.

How to keep yourself intact during the Journey?

While traveling to Mars, there will be many instances when you might need a radiation room. This will be to protect you from the solar flare spewing. And since there will be no Earth’s magnetic field, this becomes a real necessity. Another important thing to keep in mind is the fact that having no gravity can have a negative toll on one’s body. To combat that, you would need to exercise from time to time and keep your muscles and bones active. Exercising will help in maintaining bone density and muscle mass and at the same time give your brain something to work with. 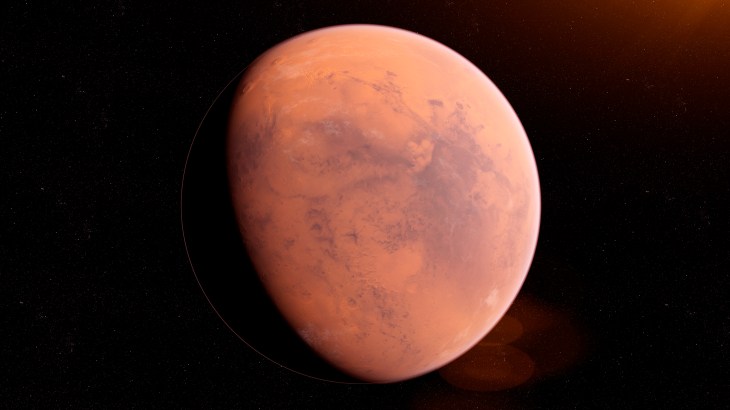 You are finally on Mars, the planet where you are going to live now. When you are about 2.2 million km away from the planet, it will be visible to you. The red landscapes, the volcanoes, the ice caps, and the canyons, everything you see will be new and exciting. And I assure you that this is the best time to click some photos of your new home planet. But apart from the beautiful scenery that you just saw, living on Mars will be a real struggle.

First of all, the planet’s atmosphere is very thin for anyone to be breathing in the open air. The most primary constituent of the atmosphere is CO2. The temperatures on the planet are also something that you should consider before moving to an all-new plant. To live on Mars, you should be comfortable with temperatures as low as -63 C. Yes, it won’t be that low all the time, but it will most definitely be sometimes. Well, another thing to note is that one year on Mars is 2 years on Earth. This is because of the wider orbit of the planet.

If you are a claustrophobic person, then Mars is not the planet for you. The air pressure of the planet is so low that it is necessary to have a spacesuit on at all times. If not that all the water in your body will vaporize immediately. This nature of the planet is also a prime reason it doesn’t have any rivers or lakes, and most of the water is in the form of ice. And this dryness is also the reason why there are immense dust storms on the planet when it is near the sun.

And without the lack of a magnetic field, the radiation on the planet is a lot more compared to Earth. It often gets hit by waves of radiation, and you would most definitely need a bunker to survive that for a lifetime or however long you plan to stay on the planet. Researchers say that anyone staying on the planet will be hit by at least 273 microsieverts every day, which is a lot.

Where will you live?

With such harsh climatic conditions and the dusty winds and higher radiations, it is important to find a safe place to live. And well, that place on Mars is underground. The living conditions on the surface aren’t good enough for a peaceful stay. So, the ideal situation will be to have a proper place under the surface. This will help in a lot of things like reducing radiation exposure, storms, cold temperatures, and many other problems that you would uncover while exploring the planet. 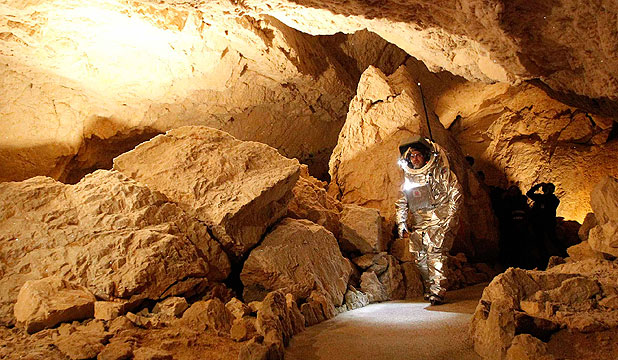 You can do either one of these things; the first will be to find a natural underground place that is already present on the planet. But if that’s not your jam, then building an underground bunker might be something you would need to consider. And maybe these bunkers can be built in a way that they could provide the comfortable air pressure our body needs. So, you can practically open your suit inside your home. At the same time, when you go out for any work or for just exploring the planet, you would need to wear proper suits that can help you protect yourself from radiation.

Researchers say that having Robots or drones do your work for you will be a good idea. Another important thing one needs to consider is how you will travel around. For that, we need to design mobility vehicles for Mars specifically. The areas on the planet vary vastly from area to area, so it would be necessary that the vehicle can work properly everywhere.

One of the most important things to live on Mars is to have access to food and water. So, for this one can do two things. You could either carry supplies for two whole years and eat that food for the entire time. Or you could grow your own food. Some vegetables like potatoes can be grown on the planet. This is because of the highly salty nature of the soil there. But the soil of Mars also has many chemicals that are not good for the human body. These chemicals include perchlorates and metals like lead and mercury. 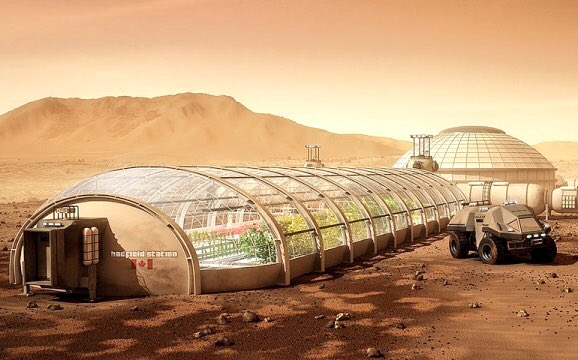 Growing any food in such conditions could cause diseases or stomach issues which will be difficult to treat so far from Earth. Research has already shown that growing vegetables in space is not a very good idea. This is because plants cannot adapt properly to the extremes of space and hence aren’t able to establish the correct microbiome they need. Maybe eventually, we will be able to develop species of plants that can adapt to such extremeness, but for now, that hasn’t been the case.

Another important aspect to think about is water. You cannot ignore it, and water is the first thing you need to figure out after reaching the planet. The idea might be to recycle the water you already have from your urine and at the same time extract water from the atmosphere. If you are able to find any water source on the planet, then processing it and drinking the water will also be a good idea. Water can also be used to extract Oxygen that will also be one of the key factors to surviving on the planet.

Going back to Earth 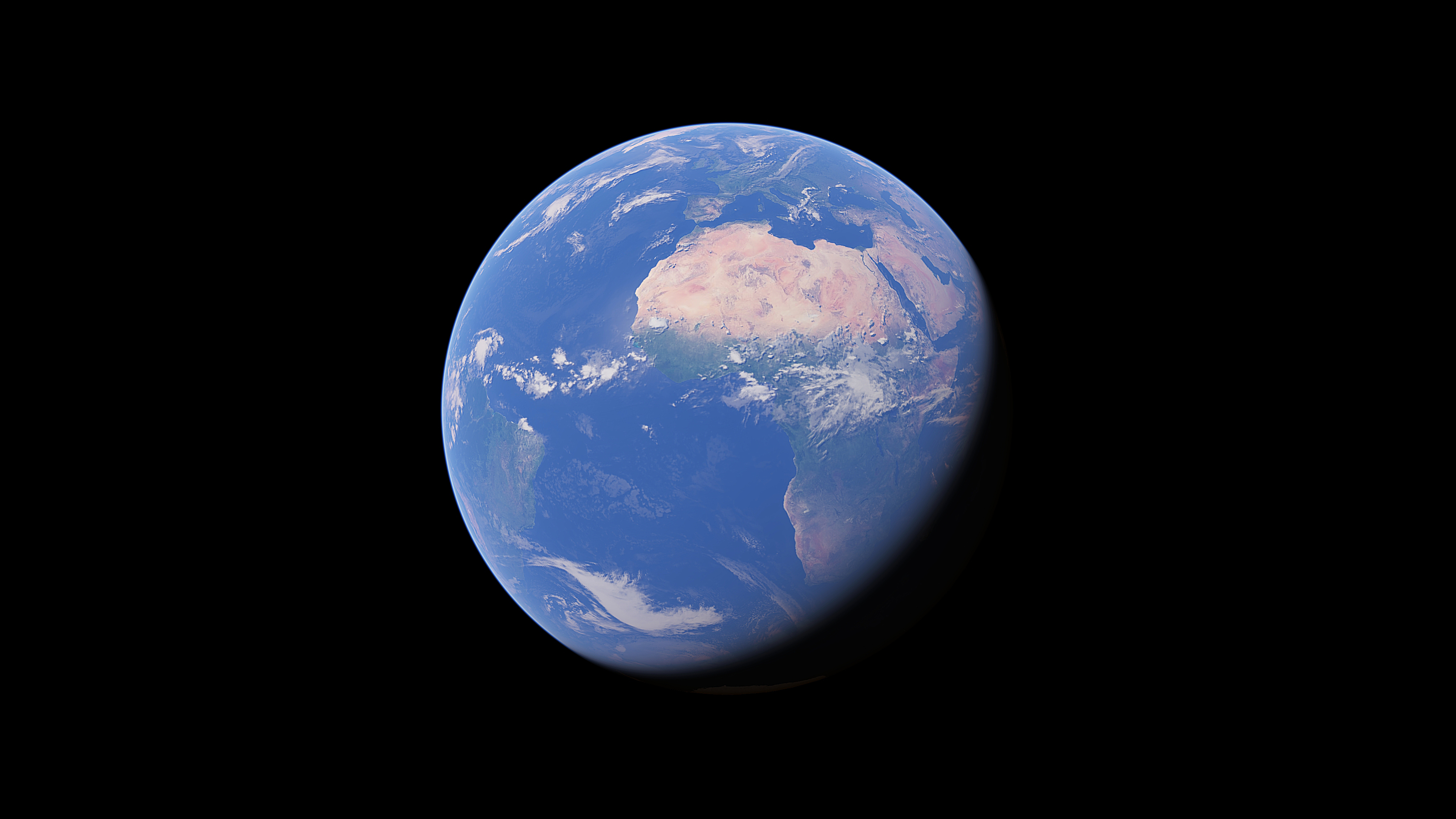 Considering that you have fulfilled your dream to live on Mars and have survived the extreme environment there, now it’s time to go back to Earth. One of the most important aspects of going back to Earth is the fuel required. Considering you have managed to extract fuel from the water you found on the planet, you are all ready to leave for Earth once again. You must be excited to tell your friends and family about the once-in-a-lifetime experience you had! Considering the lower gravitational force on the planet, taking off from there should be easier than Earth and much less challenging for your body. Almost after 7 months, you will reach Earth and land back. Once you get out of the spaceship, you will be able to really appreciate Earth’s environment and be glad that you are back.

Reading about the challenges and the struggles, do you still want to live on Mars? If yes, what is the reason behind that? Let us know in the comments below. Also, if you found our content informative, do like it and share it with your friends.