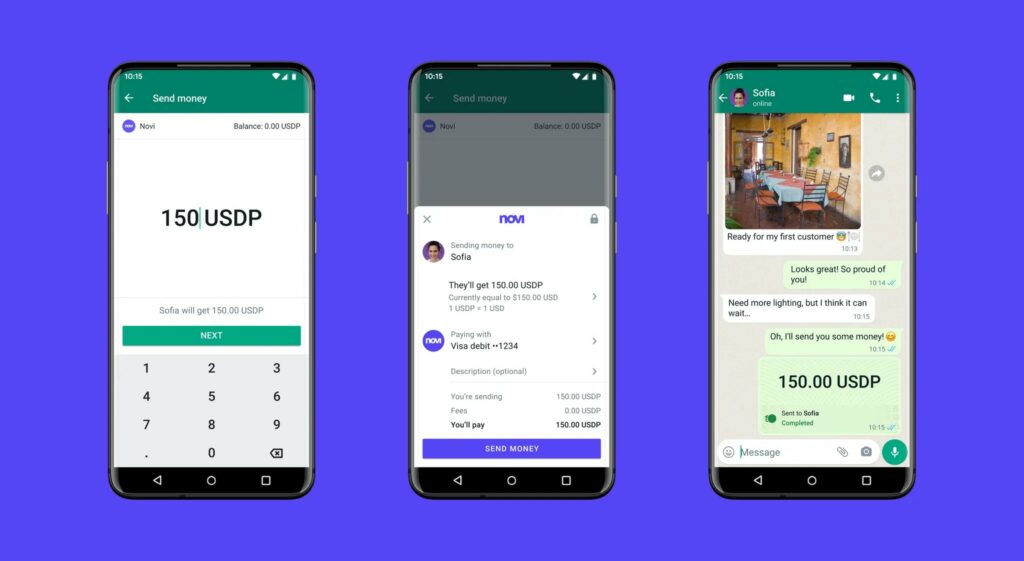 Today, WhatsApp is unveiling a modest test experiment in which select customers in the United States will be able to use the Novi digital wallet within WhatsApp for the first time!

We noticed several secret references concerning the integration of the Novi framework within WhatsApp in the changelog for the WhatsApp beta for Android 2.21.22.17 update: the digital wallet with no fees, to send and receive money securely and swiftly.

Another small step in the right direction. Today, we’re starting the rollout of the @novi wallet in @WhatsApp in the 🇺🇸. On a personal level, this is the best farewell gift from the best team ever! pic.twitter.com/6jk4NO60wv

There’s some good news today: Will Cathcart retweeted news from Stephane Kasriel, Novi’s new CEO, and David Marcus has just stated that a limited trial programme for Novi is finally rolling out to some people in the United States: they may now send and receive money straight within their WhatsApp chat, as we previously reported.

The experimental initiative is now unavailable within WhatsApp for Guatemalans, but they can participate in the trial via the standalone Novi app.

Is there a shift in the user experience? No. WhatsApp is simply integrating a new money-transfer service; your chats and calls will remain end-to-end encrypted at all times.

For some people who use the latest WhatsApp updates for Android and iOS, the small pilot programme is now available in the United States. Visit the Novi website for more information on the WhatsApp integration.

It was previously reported that an Android beta upgrade within the previous version indicated the update. The Novi integration was discovered by XDA developers, who claim to have discovered it in the app’s new lines of code during an APK teardown. According to the source, the content within the code indicates that money transfers via the app through the digital wallet will require some document verification.

According to the report, WhatsApp users will be required to take a video selfie to verify their identity. While XDA Developers was able to decipher the integration, WhatsApp tracker WABetaInfo discovered Novi integration references in version 2.21.22.17 of the app. The outlet even included a screenshot to demonstrate the feature.