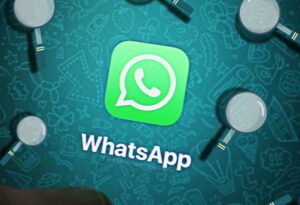 WhatsApp says they will not lower security for any government.
Source: Business Today India

This week, the head of messaging app WhatsApp stated it would not diminish ‘the security’ of its platform for any government in the world. When one of the governments requested it to diminish its encryption, Will Cathcart expressed how this would be rather silly of WhatsApp to agree to. Reportedly, the UK government has been planning to look for pictures which possibly depicted sex-abuse on minors by going through personal texts.

For a while now, NSPCC has expressed criticisms over the platform’s standing stating how communications through texts is crucial in spreading such abuse. The government stated how such companies are required to effectively handle such media on abuse on the internet. These proposals are an extension of the Online Safety Bill, which has been subject to postponements till this fall.

A person familiar with the matter stated how the firms should not disregard the evident danger that the ‘end-to-end encryption’ poses. This includes blinding the apps to such material. They stated how the government is continuing ways to go on coming up with tech to counter such crimes. ‘End to end encryption’ mainly gives a significant level of protection to messages. Moreover, only the concerned recipients have the ability to decrypt these messages.

The role of end-to-end encryption:

Owing to a large number of users making use of WhatsApp, the app requires the maintenance of a constant standard of privacy throughout the spectrum. Hence, making a change for one particular government would hamper the reputation of the service in the app market.

On the other hand, the European Union commission noted how tech giants should take steps to eradicate pictures related such abuse from their services. The governments of the UK and EU were planning to echo Apple’s plans to look out for such images when anyone is uploading material to iCloud. However, the iPhone maker dropped the plans following criticisms from privacy groups. They stated it established a security backdoor in the software, and one for ‘malicious actors’ to find means to seeing someones’s messages.

On the other hand, Cathcart claimed how the messaging platform had already found a number of photographs related to child sex-abuse. He claimed how there are ways which can carry out the detection without the violation of user’s privacy, but the tech sector has not started using them yet. However ,charities dedicated to children have opposed this claim from the WhatsApp boss.