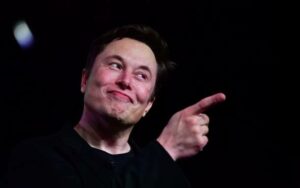 Bitcoin is the most discussed and debated cryptocurrency in the last few months. Last month, when the Tesla CEO announced that Tesla will no more accept bitcoin as a payment, and said that environmental concern is the major reason behind that, the entire crypto market was in Turmoil. There were a lot of debates around the energy usage by the bitcoin miners and how it damages the environment. Many environmentalists and social activists wholeheartedly supported Musk’s decision and just one tweet of the Tesla CEO resulted in a 10% plunge in the value of the bitcoin.

After few days, Musk has had a change of heart towards the currency after meeting the bitcoin miners as the miners promised him to form a council that will regulate energy usage. When Musk tweeted his support towards the bitcoin miners, the bitcoin market started soaring within no time. Tesla CEO’s tweets have a significant influence on the crypto market and this was one of the biggest examples of it.

On Monday, When Musk again tweeted that Tesla will resume accepting the bitcoins as payment when the bitcoin miners will start using more renewable energy and fewer fossil fuels that damage the environment, the currency started rising again and closed at an increase of 5.1% on Monday. “This is inaccurate. Tesla only sold ~10% of holdings to confirm BTC could be liquidated easily without moving market. When there’s confirmation of reasonable (~50%) clean energy usage by miners with the positive future trend, Tesla will resume allowing Bitcoin transactions”, Musk said.

This is inaccurate. Tesla only sold ~10% of holdings to confirm BTC could be liquidated easily without moving market.

Though there is no information on how Musk will judge the mining process, and how he will decide whether the energy usage has been reduced or not as it is very difficult to even comment on the current status of bitcoin mining, with this tweet, Musk gave hope to the crypto enthusiasts, that Tesla may resume the bitcoin transactions.

Notably, Tesla’s CEO had no official role in the Bitcoin Mining Council that was debuted last week, despite all his support to the bitcoin miners. According to the critics, this decision of not giving any official position to the Tesla CEO was not shocking at all, as he is creating problems for the crypto industry through his tweets rather than benefitting them. His tweets have made the crypto market even more volatile which is pulling away from the investors from the crypto industry.