According to a source familiar with the situation, the White House is drafting an executive order that will direct federal agencies to regulate cryptocurrency “as a matter of national security.”

As a matter of national security, the Biden Administration will regulate bitcoin 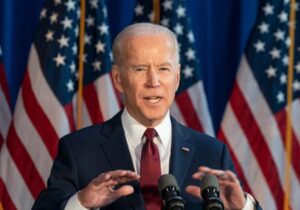 Bloomberg originally reported that the Biden administration will issue an executive order in the next weeks tasked federal departments with examining the risks and opportunities that Bitcoin and cryptocurrencies pose.

According to Barron, the directive will be issued as part of the administration’s national security efforts to examine cryptocurrencies and implement a unified regulatory framework that will cover Bitcoin, cryptocurrencies, stablecoins, and NFTs.

“This is intended to look at digital assets holistically and produce a set of regulations that lend coherency to what the government is trying to do in this sector,” a source familiar with the White House strategy told Barron’s. “Because digital assets don’t stay in one country, synchronization requires collaboration with other countries.”

The national security memorandum, which is anticipated to be revealed in the coming weeks, would entrust parts of the government with examining digital assets and developing a legal framework for cryptocurrencies, stablecoins, and non-fungible tokens (NFTs).

“This is intended to take a holistic approach to digital assets and produce a set of regulations that bring the government’s efforts in this area together,” the insider explained.

The State Department, Treasury Department, National Economic Council, and Council of Economic Advisers would all be involved in the endeavor. Because cryptocurrency has national security implications, the source involved also stated that the executive action will involve the White House Security Council.

In this manner, the government would direct agencies to focus on harmonizing digital asset legislation across international borders.

The guy went on to say: “Because digital assets don’t stay in one country, synchronization requires collaboration with other countries.”

The White House is not expected to provide suggestions; rather, agencies would be given three to six months to create proposals, with the White House acting as a policy coordination body.