Why are female robots considered to be most human? 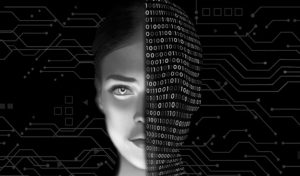 Gender roles are an issue that humans have been handling since time immemorial. However, is it possible for machines to face gender issues? Seems like it is.

With the growing popularity and reach of virtual assistants such as Siri and Alexa, artificial intelligence too seems to be battling a gender role complication.

This imbalance concerning gender has drawn criticism from the media and even received warnings from UNESCO concerning the dangers of such practice which has the potential to reinforce gender stereotypes and objectification of women.

The question at hand is the reason behind injecting artificial intelligent objects with feminity. If we need to put a full stop to this practice, it is necessary to know the roots of this particular phenomenon.

One reason for the apparent feminization can be traced back to the attempts to impart more human qualities to artificial intelligence. In fact, humanization and feminization go line in line particularly because of the collective perception that women are more human and warmer in comparison to men. This perception is the foundation wherein imparting feminine qualities in artificial intelligence takes root. It is particularly helpful in fields such as medicine where the assistants being tender and sensitive is an added advantage. However, it can also open doors to apparent dehumanization and objectification of women while doing the opposite to machines. Apparently female bots are more spoken of in terms of being ‘human’ than machines.

In the service context, particularly, female bots are preferred over male bots, because of their perceived humanness. While female bots are endowed with positive human qualities, the male bots take the upper hand with the opposite. This perception of the apparent warmth and values in women attributed to machines often starts off discussions regarding the objectification and dehumanization of women.

However, looking from a different angle, it can be said that it is not dehumanization that is actually happening rather women are attributed with superhuman qualities which are adapted to the robots. However, this rendering can entail negative effects too. As stated by Kate Manne while talking about misogyny,

“Often, it is not a sense of women’s humanity that is lacking. Her humanity is precisely the problem.”