FunKey S Launched – A New KeyChain Sized Gameboy Style Mixed With Retro Gaming Experience Gaming Console Funkey is a small foldable retro gaming console just like Nintendo Switch which was inspired by the design from the Game boy advance SP. The new gaming console is as small as a keychain & can be easily snapped up like a keychain as well. 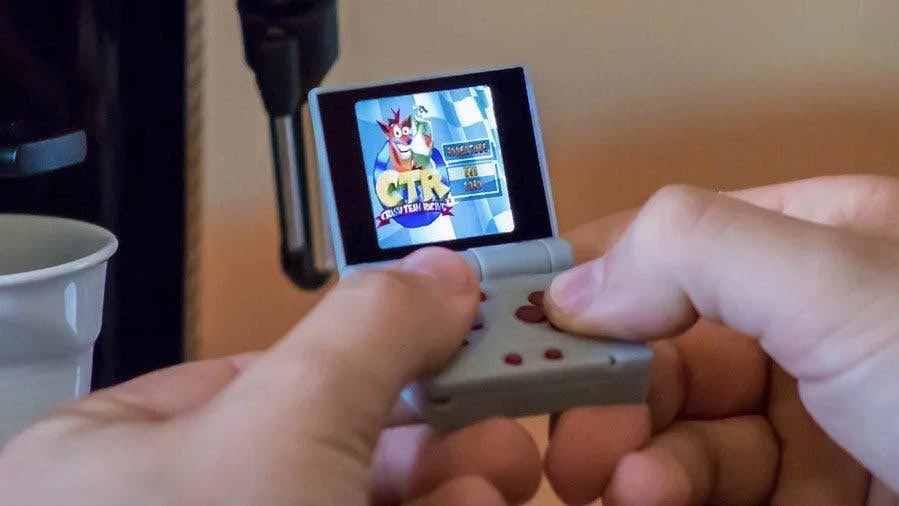 Nowadays, there are a plethora of classic consoles to pick from. What if you could enjoy a variety of classic video games on a device as small as a pocket watch?

The FunKey S, a compact folding retro console based on the style of the Game Boy Advance SP and is similar to the Nintendo Switch. You could quickly snap it to your key chain because it’s so tiny.

FunKey S – What You Should Know 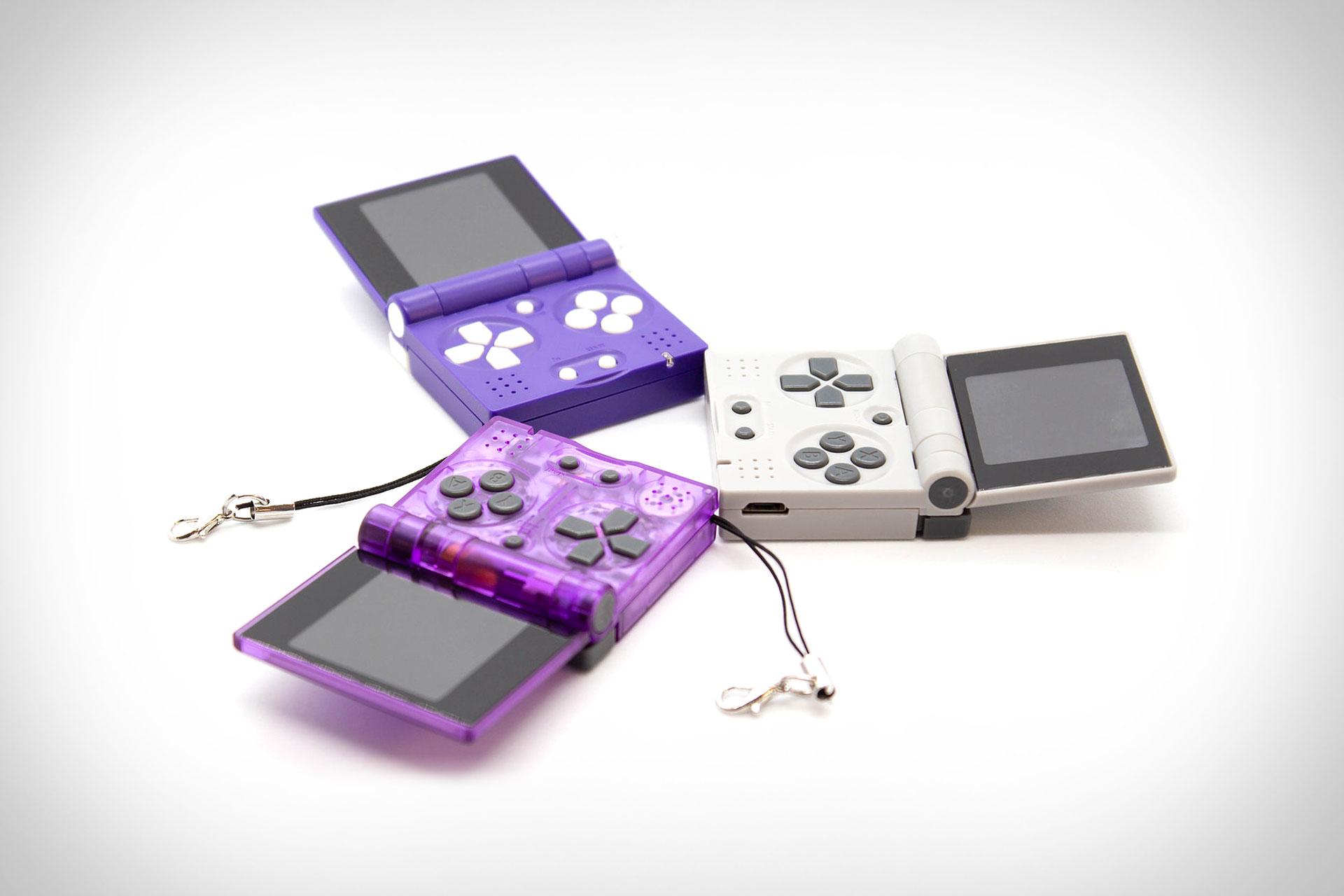 FunKey S – What You Should Know

The FunKey S is a keychain-sized open-source retro gaming console that emulates over ten classic consoles from the past. Among them are the NES, Super NES, PlayStation 1, GameGear, and Sega Master System, to name a few.

The gadget, which was created by a community of retro-games fans, is a full-fledged console in the tiniest form factor that can be attached to a keychain. It also has a little carabiner clip for attaching it to a keychain.

Enhanced Design And What’s Inside The Hood 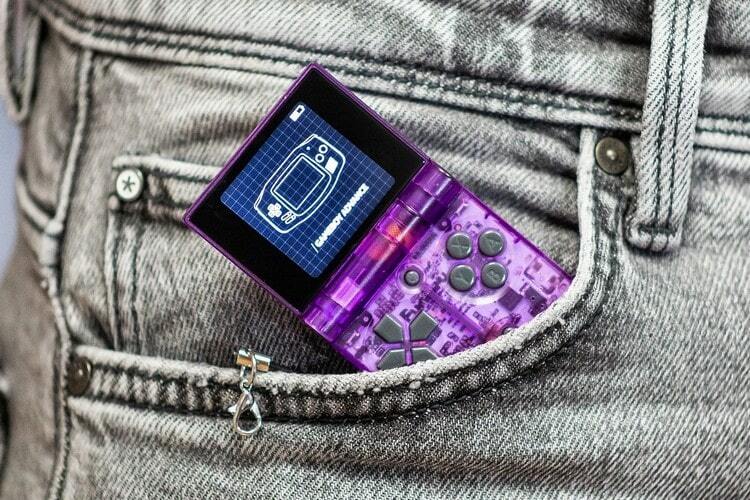 When it comes to the FunKey S’s architecture, considering its small size, it seems to be a well-made gaming console. The computer is foldable and comes with a full range of clicky buttons so you can play your favorite arcade games.

When folded, the button arrangement resembles that of a typical game console. The D-pad is on the left, and the ABXY control keys are on the right.

There’s also a dedicated menu button for accessing OS options quickly, as well as a pair of additional control keys. A pair of shoulder buttons with a generous key-travel reside above the 180-degree hinge, in addition to these.

A micro-USB port is located at the bottom of the FunKey S, allowing users to migrate files and data from other computers to the FunKey S. They will then browse stored files as well as the device’s games.

The tiny gadget has a 1.54-inch IPS LCD color display with a refresh rate of 50Hz. The unit is powered by a 410mAh battery that can last up to two hours.

While you wouldn’t need the FunKey S to play Spider-Man: Miles Morales on it, it does come with some amazing specs.

To begin, the computer is equipped with a 1.2GHz ARM Cortex-A7 processor and 64MB of RAM. It also comes with a 32GB microSD card that can be upgraded to a 2TB microSD card for storing game ROMs.

On the tech side, the FunKey S’s developers aimed to have the best possible gameplay experience. As a result, they created a console interface that is optimized, intuitive, and reliable.

This allows the computer to boot in less than 5 seconds, have a consistent and quick configuration screen throughout the system, and support a notification system.

When someone folds or unfolds the gadget, the console may sense it. When a user folds the computer in the middle of a game, it will automatically boot until unfolded or save a game before closing.

Developers may even install their own programs to run on the computer, even though it does not come with any applications out of the box. Due to the open-source aspect of the FunKey S’s operating system, this is likely.

FunKey S – What’s The Pricing & When Will It Available? 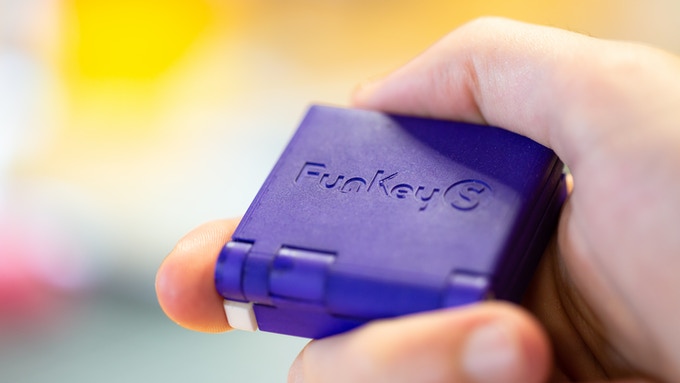 FunKey S – What’s The Pricing & When Will It Available?

Although the Original Purple and Retrogaming Gray have solid-color designs, the Atomic Purple has a see-through version that looks the coolest.

The FunKey S is available for purchase on the company’s official website. The unit, however, is currently unavailable. Pre-orders are being taken for the next batch, which will begin shipping in June 2021.