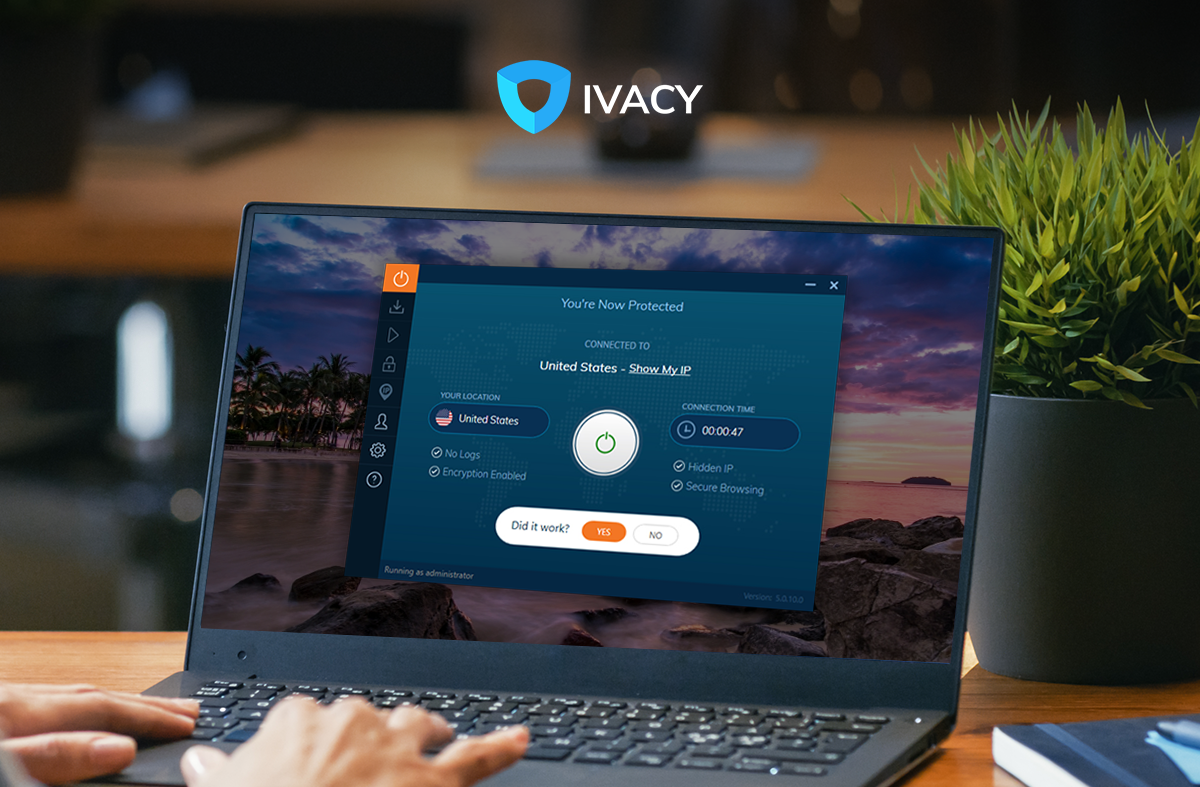 A Virtual Private Network or VPN is one of the most effective tools for warding off threats that are lurking online these days. It is also the pathway to an unrestricted internet connection that is free from privacy breaches that can come from the internet service provider, business and other organizations online or cybercriminals in general. The use of a Windows VPN has become imperative especially in the precarious times that we are witnessing these days.

The way a VPN works is simple. It masks user IP addresses to hide the original location of the person, device or server. This means that no foreign entity can trace it back to the user ensuring that whatever activities they perform or data that they share online is protected at all costs. It is important however, to make sure that you pick a VPN that is trustworthy. There are only a handful of credible options available in the market and they can be assessed through the ratings available for them online.

The benefits of a VPN

Many people still argue whether it is important to use a VPN or if there are any real benefits of installing and paying for a service. Well, as it turns out, there are numerous VPN benefits. For starters, the total losses reported due to cybercrime worldwide was more than $5 trillion worldwide. This included every type of user from household ones to large corporations. It is estimated that nearly 60 million Americans have been affected by identity theft alone according to a report.

A VPN provides solid cybersecurity measures against these activities along with several other benefits which include:

Internet traffic with a VPN is routed through a secure server located anonymously in different countries around the world. If you are using a trustworthy service, these servers can’t be traced or hacked by cybercriminals. Leading VPNs also offer AES 256-bit end-to-end encryption which is the highest level available commercially at the moment. This along with several other advanced features, a VPN can minimize the risk from cybercriminals to a great extent.

The secure servers of a VPN are good for more than just protecting against online threats. They also act as portals that enable unrestricted access to internet across the globe. Many countries and respective websites within these countries are blocked for viewership from outside.

China, North Korea and the Middle East are prime examples of countries which restrict internet access considerably. With a VPN though, users can remove any inconvenience that they may be facing due to geographic restrictions and access all the content they want without limitations.

Internet service providers, individuals, organizations and brands all deal in data as a currency these days. In fact, it is one of the most valuable resources currently on the planet. Sadly, the quest to obtain data can lead to unethical and even illegal means. Spying on data traffic is one example and no matter who the user is, they will never appreciate the notion of a third-party peeking into their lives. Features like secure DNS, split tunneling, IPv6 leak protection and several others being offered by Ivacy VPN are effective in phasing out these threats.

Streaming has become a norm and it is rapidly replacing traditional TV. Despite its popularity, various platforms tend to restrict their content excessively. Libraries and the titles offered within are hugely limited especially between various countries. This can be a disappointment mostly while travelling. With a VPN for Amazon Video, users can simply turn on IP masking and enjoy their favorite shows and movies from anywhere in the world.

Protection from malicious elements while travelling

Restricted streaming content is not the only online issue that people face. In a foreign country the threat from cybercriminals is even higher. Leading VPNs can help keep users secure with options like public wi-fi security, active threat detection and prevention, advanced multi-layer encryption protocols and internet kill switches. Collectively these features make sure that users remain protected from cyberattacks at all times.

VPNs have become imperative tools these days due to the heavy censorship and cybercrime threats that users face online. It is crucial however, to pick a service that is reliable on account of the fact that it doesn’t lose or misuse consumer information in anyway. This is easy to find out so make sure that you do some research before buying a VPN.

Breaking down Cars24’s unicorn valuation of over $1 Billion