‘Wifedoge’s market capitalization increased by over 3,000%

Wifedoge, the wife of Dogecoin (CRYPTO: DOGE), surpassed a market value of 2.32 million dollars last week, an increase of more than 3,000 percent in just one day. On September 2 however, its market capitalization dropped to $301,406. Entrepreneur reports that Tesla Inc. TSLA +0.16% + Free Alerts CEO Elon Musk is now interested in Wifedoge. 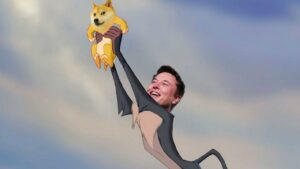 In July, they introduced Wifedoge, which is a clone of Dogecoin. According to data from CoinMarketCap, the token startled everyone this week with a market capitalization increase of more than 3,000 percent in just one day, in addition to being a curiosity in the ‘crypto’ industry and receiving the ‘like’ of Elon Musk.

Wifedoge’s market capitalization surpassed 2.32 million dollars on August 31, up 3,294.29 percent from the 68,350 dollars it started with on Monday morning. However, the ‘wife’ of the Dogecoin was unable to maintain the streak, and its capitalization fell to $ 301,406 on Thursday, September 2. 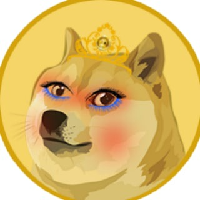 Wifecoin represents the ‘inception’ of cryptocurrencies, as it was created as a spoof of a digital currency (Dogecoin), which was inspired by a joke mocking Bitcoin. Each Wifecoin token will have the same worth as one Dogecoin, according to the inventors. Excellent news, given that the DOGE has risen its value by 4.600% in a year and is regarded as the “strongest” cryptocurrency by both Elon Musk and Mark Cuban.

Indeed, the creators of the new cryptocurrency dubbed the “meme of the meme” is so confident in their support from Elon Musk that they praised him for it on Twitter.

Is it worth investing in?

Experts claim that the vertiginous ‘ups and downs’ are produced by fraudulent crypto market manipulations, which result in countless victims.

“The sharp ups and downs in the price of low liquidity assets are frequently the consequence of ‘pump and dump’ fraud, which involves raising the asset’s value and then selling it at exorbitant prices. Due to the lack of restrictions in the crypto sector, many investors have fallen prey to this scam “RT en Espaol reported.

Wifedoge is similar to any other cryptocurrency in that if you have extra money that you are ready to lose if things go wrong, you should go for it. It’s never a bad idea to have some tokens in your cryptocurrency portfolio that have the potential to increase by more than 3,000 percent in 24 hours.

Wifedoge declared in a tweet in July that 5% of Wifedoge units will be reserved for Musk. A tweet from the Wifecoin account states, “We will send them to you at the correct time; otherwise, 5% of the tokens will be forever blocked.”

Musk tweeted on Friday, “Time is the ultimate currency,” leading many to speculate that he is implying that Doge is not the ultimate currency. Safe Auto-farming and Locked Liquidity are aspects of Wifedoge, which has a total supply of 747 quadrillions. The majority of LP tokens are locked, while some are burned at a rate of 2% per transaction.

Also read: Govt. plans to introduce a bill to treat crypto as a commodity