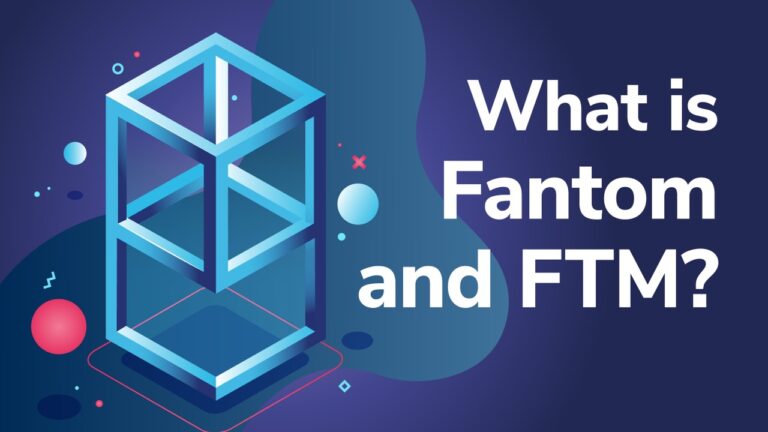 Fantom: Everything you need to know

Over the past few years, we have seen a lot of industries coming up and revolutionizing the entire marketplace on a global level. One of those involves the Cryptocurrency industry. I believe seeing its growth in popularity all around the world, most of you are already familiar with what it is. For some of you who don’t know what crypto is. Let me explain it to you. Crypto is nothing but a form of online or digital currency which can be used to make sales and purchases over the internet hassle-free. This digital asset of yours can be stored in virtual wallets and are tremendously secure, thanks to cryptography. Also, cryptocurrencies run using blockchain technology. Now for those of you wondering what is blockchain? Allow me a chance to explain. Blockchain is a technology that can be used to manage, record and verify transactions across several computer networks.

Also, when it all started a few years ago, none of us would have thought that the industry will be this popular as it is today. Its portability, as well as ease of use, have gained quite a lot of attention from potential investors from all around the globe. Seeing the opportunities in the field, people are more and more intrigued to invest in virtual currencies. No one could have thought nearly ten years back that this will be the future of payment systems. But like every coin has two sides, crypto too has its downsides as well, and the biggest downside of the industry is the risk involved. In recent years, many people have managed to earn great profits and many others have suffered huge losses as well.

Apart from the risk involved in trading online currencies, it is also crucial to understand the fact that it is a very uncertain and a volatile marketplace, which means that the rates of currencies fluctuate rapidly. As a result of this volatility, if everything goes right, some of you can end up being a millionaire overnight and if not careful enough, some of you can even become bankrupt, that too overnight!

Unlike when the industry was first introduced, today we have a lot of virtual currencies to pick from and a lot of crypto exchanges to deal with. With its growing popularity and more and more people understanding the marketplace, newer currencies are being introduced every day, thus, increasing the competition and giving customers an option to choose. Talking about all the currencies that are available today, some of the popular online currencies that you can invest your money in include Baby Doge, Dogecoin, Ethereum, Bitcoin, Binance Coin and Cardano to name a few. There are new advancements in the field every day and due to that, today with us we have the newest addition to the lot, Fantom. To know more about Fantom, I suggest you read further!

Everything to know about Fantom (FTM)

Fantom or as it is often referred to as FTM is nothing but a directed acyclic graph(DAG) based, world’s first smart contracts platform which uses its own bespoke consensus algorithm in order to provide developers with decentralized finance(DeFi) services. The Fantom Foundation was created by Dr. Ahn Byung Ik, a south Korean scientist but as of today Michael kong is known to be the CEO of the platform. This fourth-generation blockchain provides users and developers with some important upgrades in terms of usability and functionality when compared to Ethereum, which is the market-leading blockchain.

Fantom is a permissionless, open-source, decentralized smart contracts platform for digital assets as well as decentralized apps(dApps). In simpler words, Fantom is nothing but one out of many blockchain networks developed as an alternative to Ethereum. Nearly two years ago, in December 2019, the mainnet of the Fantom blockchain went live and by providing a constant balance between security, scalability, as well as decentralization, the architecture of the Fantom network, aims at providing a feasible solution to the blockchain trilemma.

Just like many other alternatives to the Ethereum blockchain network, Fantom focuses on providing much lower cost and scalability than the industry-leading smart contracts platform is able to give in its Ethereum 1.0 iteration. Fantom’s infrastructure manages to maintain the operational efficiency of the whole network by tying it together using its Proof-of-Stake(PoS), Asynchronous Byzantine Fault Tolerant (aBFT) consensus mechanism. For those of you wondering what is aBFT for? The aBFT network structure is created in order to maximize speed while also preserving network security at the same time.

For a better understanding, let me explain it in much simpler words. The new aBFT mechanism also referred to as Lachesis, allows Fantom to be much cheaper as well as a lot faster as compared to old technologies while being immensely secure. On a similar note, the platform focuses on differentiating itself using its Lachesis Protocol, which is to be integrated with the Fantom OPERA Chain. By eliminating leadership among participants on the network, Fantom manages to avoid the low-cost risk of attack, while on the other hand, staking helps in adding further user incentives in order to secure operations with the help of holdings users have of the native FTM token.

In addition to this, the Fantom network is basically to provide compatibility between each and every transaction body, all around the globe and at the same time create an ecosystem that allows data sharing and real-time transactions with minimum cost. Not just that, Fantom can also be seen working with a lot of other projects including Chainlink, Brand Protocol, Ethereum Classic Labs, and Coti to name a few. Apart from this, the Fantom protocol is mainly divided into three major layers, with each layer having their own responsibilities, different from others. The three layers include Opera Ware Layer, Opera Core layer as well as the Application Layer.

Now that you have a fair idea about Fantom, let’s talk about what makes it special? As mentioned previously, Fantom focuses on using a consensus mechanism that has been built from scratch up in order to make use of DeFi as well as all the related services using smart contracts. The mechanism Lachesis, which we talked about earlier, promises two-second finalization for transactions along with higher capacity and advancement of security over all the platforms based on the Proof-of-Stake algorithm.

FTM, which is the native in-house token for the platform, forms the backbone for all the transactions and allows staking activities as well as fee collection along with the user rewards from all the stakes. Though, it is worth mentioning that nearly three years ago, back in 2018, by all the token sales, Fantom managed to raise almost forty million dollars in order to fund development.

Other than this, our leading crypto project so far, Bitcoin has not been built to scale unfortunately and the project’s Proof-of-Stake algorithm is said to be limited by its design layout, in order to support security and decentralization and thus, sacrificing speed as a result. Talking about the trade-off between decentralization, scalability as well as security, there is a popular term referred to as blockchain trilemma. It states that it is nearly impossible to achieve all three of these attributes together. But as time passes, technology advances and thus our current generation of blockchain platforms are focused on solving this so-called blockchain trilemma, and Fantom is one of those platforms. The idea here is to enable bank-grade security along with respecting decentralization by design, supporting the fast transaction settlements.

In a nutshell, the aBFT protocol of the platform successfully delivers unparalleled scalability, speed as well as security to its users. Not just that, as discussed previously, Fantom is simply a one-stop solution that ticks all the required characteristics in a network platform, which helps it to differentiate itself from its competitions in the industry including Cardano, Solana, ETH 2.0 and others. So basically considering everything, Fantom’s functionality can be understood around four major pillars including security, modularity, open-source, as well as scalability of course.

As a high performance and ultra-high-speed platform, Fantom believes that it can someday become the backbone for IT infrastructure in the smart cities that are emerging. With the capability of communicating through several service providers, and with its aim to process three thousand transactions each second, Fantom says that it is the solution that people are looking for in order to securely store large amounts of data. The platform also provides several services such as peer to peer lending as well as staking.

As of today, the price of Fantom is nearly 1.08 Us dollars with a twenty-four-hour trading volume of about 585,052,072 dollars. In just the past twenty-four hours, the price of the currency has gone downhill by 7.23 percent. Currently, with a market cap of nearly 2,756,695,121 US dollars, Fantom is placed at 54th position in the CoinMarketCap rankings. It is worth mentioning that the current circulating supply of the currency is about 2,545,006,273 FTM coins with a maximum lifetime supply of 3,175,000,000 FTM coins. Also, in just a week’s time, the value of Fantom has increased by 98.84 percent. Presently, Fantom is below its all-time high of 86.86 Indian rupees which is equivalent to 1.19 US dollars, by almost 8.76 percent.

If you are planning on buying FTM, I believe it might just be the right thing to do, keeping in mind the currencies popularity as well as the platform’s vision. I believe that, if not now then someday in the future, it would definitely be worth investing in. But again, remember that like any other virtual currency, Fantom does have its risks and I would advise that you should invest only if you are willing to take those risks and there is always a slight chance that you might have to bear losses. So keeping everything in mind, I would advise that, invest after doing your own research rather than making decisions based on what people say over the internet.

It is vital for you to know that, as mentioned before, users on the platform can also stake their FTM tokens and earn rewards. In the case of Fantom, you stake in order to keep the network secured and your rewards are paid out straight to your FTM wallet. However, the FTM tokens can be used for governance, securing the network with the help of staking as well as for payments including network fees. Also, the FTM tokens are freely tradable and can be bought from any crypto exchange that has them listed. Some of the exchanges that deal in FTM include Gate.io, Binance as well as OKEx Korea.

In conclusion, What are your thoughts on Fantom? Do let us know in the comments below. To know more about various cryptocurrencies, do check out other articles we have on our website. Thank you for your time & if you found our content informative, do share it with your investor friends!

Also read: Crust Network: Everything you need to know