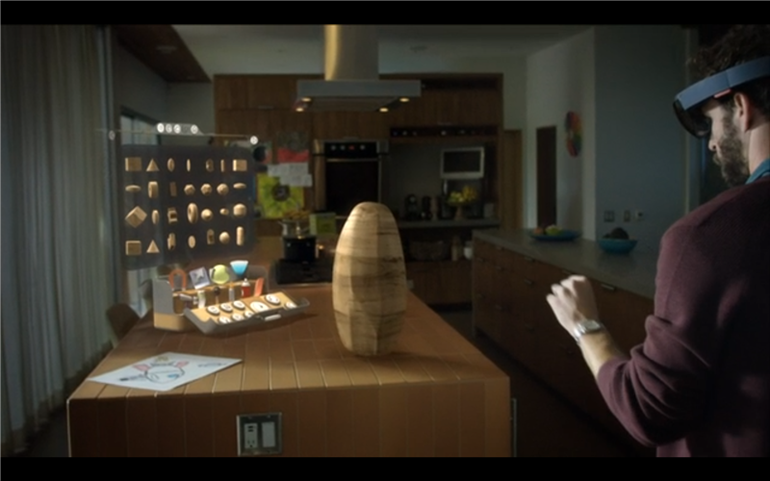 Microsoft unveiled the new Windows 10 OS and its latest venture in holographic technology on Wednesday at the Windows 10 live event in Redmond, Washington.

The US technology titan debuted its HoloLens capabilities built into its coming Windows 10 operating system.The new head gear is a holographic computer that requires voice and hand-gesture commands for use. The computer is completely wireless and runs on Windows 10 software. Users will be able to perform basic phone functions, watch TV and design and create objects — such as spaceships — and 3-D print them.

“Until now, we’ve immersed ourselves in the world of technology,” Microsoft’s Alex Kipman said introducing HoloLens at a press event at the firm’s headquarters in the state of Washington.

“But, what if we could take technology and immerse it in our world?”

“Holograms can become part of our everyday life,” he said.

Microsoft’s hologram labs will also develop and release a holographic Skype and holographic Minecraft in the future.

Joe Belfiore, Microsoft’s corporate vice president, also gave a first look at the new features that Windows 10 will have on phones, which include a new and improved Cortana — Microsoft’s version of Siri — and a new user interface.

It was also announced that anyone with Windows 7 or 8.1 will be able to upgrade to Windows 10 for free within the first year of launch.

Microsoft has not announced a release date for its new software or devices, but it will be releasing the new Windows 10 builds to insiders in the next couple months. The consumer version will be released sometime later this year.