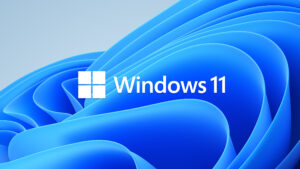 The 24th of June was an overwhelming day for tech enthusiasts as Microsoft launched Windows 11. Users were in anticipation of the event expectantly waiting for the surprises that will be unveiled during the course of the event. And it will not be an exaggeration to state that some of the revelations did bring netizens to the tip of their chairs. One of the major surprises Microsoft had in store for the users was the fact that the newest generation of Windows will support Android apps. Amazon’s App Store will be used to meet this end.

Although a week prior to the actual event, details regarding Windows 11 had been leaked, it did not undo the enthusiasm on the part of the users for they were expectant about additional surprises from the tech giant. And it can be safely said that Microsoft did have a trick in store that missed the mark of the leak. Nobody expected that the newest generation of Windows introduced after six years following Windows 10 will open the way for Android apps. The android apps will be supported with the help of the Amazon App Store, Amazon being a partner of Microsoft. 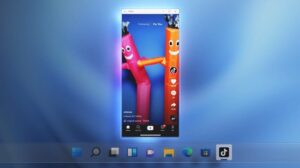 Although the latest addition is quite exciting, opinions are divided on whether Windows supporting android apps is good or bad. Particularly because the details regarding the same are quite vague and hazy. There is still no clarity as to how many apps will be supported by Windows 11. It cannot be denied that the possibility of Windows supporting android apps takes up the coolness element a notch. However, reality might not be as cool since we might not be able to avail the whole range of android apps on Windows 11. One major reason for this minor flaw is the fact that Windows has no connection whatsoever with Google neither is it planning to take support from the latter. This is where the significance of Amazon comes in.

The step to support android apps is a milestone move for Windows that will redefine its stature in the tech world, however, the absence of support from Google will considerably reduce the brilliance of the prospect. Because using an Android phone without Google Playstore will be like having pizza without cheese, and not everybody is gonna like it.

Twitter was already surging with excitement and anticipation prior to the event. This was well reflected in the flurry of memes and responses that hit the social media platform. Following the announcement of the new features, the excitement doubled. Add to this the conflicting opinions about the android apps. There can be no better ground for memes to flourish. And flourish, they did. Here is a set of memes and responses from Twitter that profoundly echoes the excitement associated with Windows 11.

The majority of users are impressed.

Rocking #Windows11 on my Surface Studio 2. Slick update and the UX is just outstanding.

While it is also time to write eulogies for certain others.

Some beginnings are inevitably endings for certain others. And that is the way life is.

And it’s time for some others to rock the stage.