Wirecard Scandal and the lessons to be learnt

Wirecard, a German fintech business, was valued at 42 billion dollars in August 2018 and had recently been admitted into the renowned German stock index, the DAX 30. It was hailed as the European fintech world’s “darling,” and it was on a stratospheric ascent, delivering enormous profits and a slew of investment.

The business filed for insolvency in June 2020, less than two years after its DAX debut, due to one of the biggest accounting scandals in modern European history.

What was the Scandal?

Many people wondered how Wirecard managed to get away with such large-scale theft for so long, with 1.9 billion euros of cash ‘missing’ from its records, a huge figure that the firm eventually confessed did not exist.

Three fingers were swiftly directed in three different directions. One of them worked for Wirecard. Before the incident, the Financial Times published numerous pieces in 2019 revealing inconsistencies in the company’s accounting. In response, Wirecard filed a lawsuit against the publication, claiming that its influence in the German financial sector helped maintain investor trust. Wirecard continued to obtain large-scale funding despite the FT’s reports until the crisis emerged. 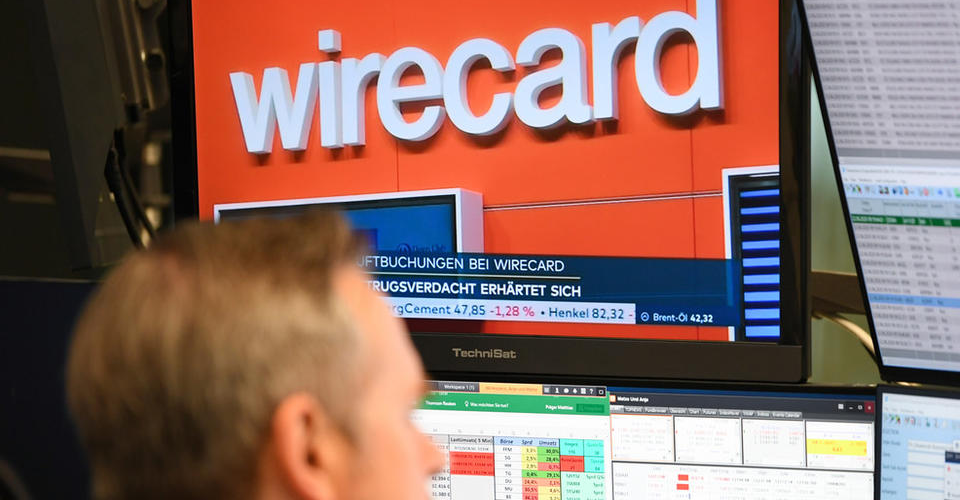 Wirecard’s long-time auditor, Ernst & Young, was unable to produce a competent audit for 2019, and Wirecard confessed that 1.9 billion euros in cash did not exist in June 2020.

According to the Munich public prosecutor’s office, Wirecard has been manipulating balance statements to boost sales earnings at least since the end of 2015. The old Wirecard executive team has also been charged with commercial gang fraud.

Wirecard’s misdeeds, as well as its auditor’s failure to detect them, brought up concerns with regulatory authorities. In past battles with FT, BaFin, Germany’s major financial regulator, had taken the company’s side, interfering in the market to safeguard Wirecard. The issue and the regulator’s handling of it were dubbed a “total disaster” by BaFin’s CEO, who promised to modify methods to prevent future fraud. As the entire extent of the scandal became known, calls for reform arose quickly.

How did the Scandal happen?

How could auditing companies like Ernst & Young have missed accounting problems that had been going on for years? Why has the German financial regulator, BaFin, failed to detect what was going on? But, most importantly, why has the supervisory board failed to keep senior management under control, and why have internal control systems failed to flag anomalies for years?

According to one explanation, collusive frauds are meant to fool all control systems due to considerable attempts to construct a fake documentation trail. Even the most thorough audit processes appear to be unable to identify a collusive fraud.

Nonetheless, we look at some of the factors that led to the Wirecard Scandal:

Wirecard’s corporate culture appears to be solely focused on growth. Many media claimed that the board was primarily concerned with planning Wirecard’s development and success stories. It ignored internal concerns from people like a former board member who recently came out anonymously.

According to various media accounts, Wirecard workers had stated that there was never a doubt within the company that Wirecard was cheating, but rather that the topic discussed among employees was how long the fraudsters could fill their pockets before the entire scam was discovered.

No Control Mechanisms in Accounting

Jan Marsalek, a former Wirecard board member, has handled troublesome clients with the help of the so-called third-party company. Other Wirecard management had no access to these intermediate partners, so whatever Marsalek reported for Wirecard regarding sales and earnings went unchecked into the balance sheet. This unregulated accounting system probably allowed the Wirecard balance sheets to be inflated.

Wirecard at the present

Wirecard is still surviving despite its stock price fall and insolvency filing, as well as the arrest and firing of certain senior management. It continues to accept payments in several countries and attempts to work with banks to help it get out of its billion-euro hole.

At the same time, the crisis is far from done, having moved from finance to politics, with potentially far-reaching consequences for the industry’s future.

If we look at the Wirecard scenario, we can see a learning curve for all of us: On the one hand, positive business culture is essential for avoiding accounting fraud and other issues. It all begins with the board of directors and top management living up to the appropriate ideals and implementing accounting and bookkeeping controls and effective risk and compliance management. External auditors, official financial regulators, and the government, on the other hand, are all responsible for ensuring that firms follow these laws and regulations.