It’s been said that there’s never a dull day in the crypto world, and that assertion is more accurate today than ever before. Crypto.com has announced that it is temporarily suspending withdrawals on its site due to suspicious activities. 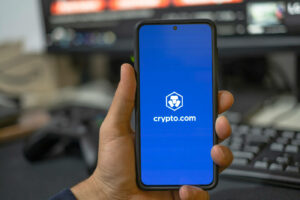 Crypto.com has announced that it is temporarily suspending withdrawals

The action was revealed on Twitter, with the exchange claiming that withdrawals are being halted due to a limited number of users flagging suspicious activity on their accounts. While the exchange investigated the incidents, it declared that all monies were safe.

We have a small number of users reporting suspicious activity on their accounts.

We will be pausing withdrawals shortly, as our team is investigating. All funds are safe.

The suspicious behaviors were, in reality, a transaction pattern with one wallet receiving all multiple transactions, according to Dogecoin creator Billy Markus. He also wanted to know if the monies were safe and if this was an internal matter.

Users allege that their funds have been stolen

Although Crypto.com says that all funds are secure, numerous users have expressed their dissatisfaction with this guarantee.

I messaged yah guys hours ago about my account having 4.28ETH stolen out of nowhere and I’m also wondering how they got passed the 2FA?

Despite having two-factor authentication, Ben Baller, a well-known jeweler and crypto enthusiast, claimed that his account was compromised, with 4.28 ETH (about $15,000) stolen. Other customers have had similar experiences, with several claiming to have lost some of their belongings.

Shiba Inu, Dogecoin, Ether, and Bitcoin are among the allegedly stolen tokens. Users further noted that, despite claims that withdrawals had been blocked, assets were still taken and transactions were still being performed.

A user who claimed to have lost his BTC during the event was advised to contact Crypto.com directly. However, the exchange has yet to accept that some users’ assets were lost as a result of the incident.

The exchange, on the other hand, has offered an update on the situation. While it maintains that all monies are secure, it has implemented new procedures that it claims will improve account security. Users must now sign back into their Crypto.com App and Exchange accounts and reset their two-factor authentication.

In the next hours, the exchange aims to deliver a series of updates. Withdrawals will be enabled after the update is complete. It stressed the importance of security in its announcement.