WM motors is a Baidu backed EV startup and is considered as China’s largest single round of financing for an EV startup.

The latest funding round of the fundraiser was led by an undisclosed investor in an anonymous form which is known to be controlled by the Shanghai government. Another investor in this transaction is SAIC Motors.

USE OF NEW FUNDING:

As per WM Motors, the new funding shall be used for advancements in technology, smart technology research and development, digital marketing, brand building and business expansion in general.

Weltmeister Motors which is popularly known as WM Motors is an Electric Vehicle (EV) Startup. The company aims to manufacture affordable connected EVs for the masses.

Founded back in 2016, it is headquartered in Shanghai with an assembly plant in Oujiangkou District in Zhejiang province.

WM Motors is known by a different name in China- Weima Motors which translates to ‘powerful horse’. The Chinese EV company entered the Unicorn race with the help of Freemen Shen, an executive charge of Volvo –China who raised a total amount of over $1 Billion.

WM Motors has previously been criticized for copying the designs and technology of other car manufacturers such as Mitsubishi Outlander which the company has very mindfully denied. It is also known to be the Tesla of China. 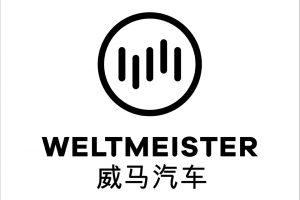 Currently, there are two pure electric long-range SUVs in mass production. The first model of the company was launched in back in 2018, EX5 which became the company’s first electric vehicle to exceed 30,000 sales.

The second model from the Chinese Startup, the EX6 was released in the fourth quarter of 2019.

The Chinese EV maker has their eyes on STAR board listing, according to sources and is aiming to develop intelligent EV technologies for the future.