Writing helper, Copy.ai raises $2.9M in a round led by Craft Ventures 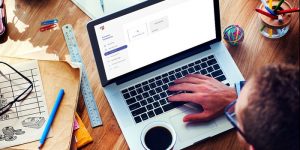 In an age where copy writing is a role that is of great demand in business, Copy.ai brings to its customers AI powered copy writing. On Wednesday, the startup was reported to have attained an investment of $2.9M. The funding was led by Craft Ventures, a San Francisco based venture capital firm. Craft Ventures has to its credit, investments which powered some of this generation’s most iconic companies. Atelier Ventures and Sequoia were also part of the investment.

Copy.ai was founded by Paul Yacoubian and Chris Lu. Yacoubian, an ex investor was keen on experimenting with GPT-3, predecessor of GPT-2. Together with Chris Lu, he launched a few different draft projects using GPT-3, tapping to its ‘occasional flashes of brilliance.’ Simply.so and taglines.ai were the forerunners of Copy.ai which generated a userbase that could help to monetize the tool. Copy.ai was created with the core idea of helping people with a multitude of distinct and challenging writing projects, by building on the initial concept. At present, the product facilitates generation of text for blogs and headlines based on word inputs provided by the users.

The company has caused a ripple in the field of copywriting due to its novel ways, often commented to posses the quality of being extremely ambitious and unorthodox. Among many points of attraction, one that has brought the startup to the limelight is its model of building in public.

The users of the product are apparently floored by the tool which enables them to produce brilliant copies. The point of intrigue of Copy.ai is that it adds to the creation of customized copies without replacing the necessary human touch.

The startup is on its way to carving a place of its own, while also being a part of a growing brand of companies building with GPT-3 as the base. The technology, introduced in 2020 has proved to be a take off point for artificial intelligence, powering a number of startups and applications. This fact is attested by the number of startups that leverage the technology like Copy.ai and Otherside.ai which have managed to raise millions within a a short span of time. Otherside.ai raises a massive amount of $2.6 million in 2020.

The instant success of Copy.ai; up to 2000 sign ups in the first two days set apart the startup from the rest, attracting a long line of investors. Copy.ai started raising from a string of investors which Yacoubian described as “as many people as they could.”

The recent investment by Craft Ventures is expected to provide a speed boost to the startup that would enable them to invest in marketing and also back its in market experimentation of AI and writing.