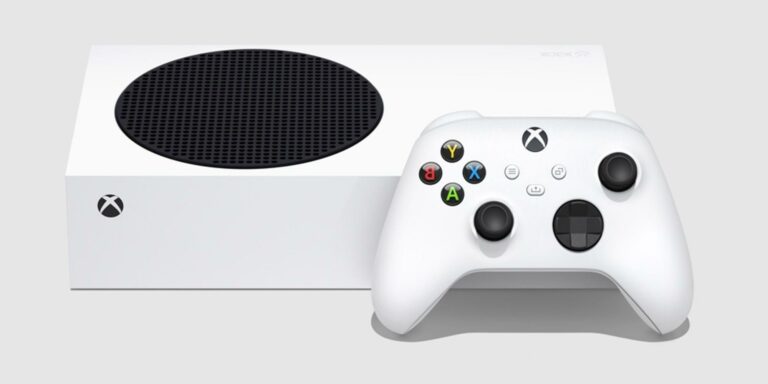 We searched the internet and found the most interesting Black Friday deals on PlayStation 5, Nintendo Switch, Oculus Quest 2, and the most popular console for Black Friday, the Xbox Series S. If you’re tired of waiting for the Xbox Series X to arrive or you’re a PlayStation fan who just wants to have a place to play future Xbox exclusives like Forza Horizon without touching near the $500 mark, the Black Friday and the upcoming Cyber Monday Event are some of the best opportunities to grab the already affordable Xbox Series S. and get even more cash for your dollar. The Xbox Series S is already the cheapest entry point to next-gen games, making additional deals or packages tempting for some.

On the other hand, the Xbox Series S is now readily available in a variety of stores, from GameStop to Best Buy. The console is fully digital, which means it has no disc slots and does not support disc versions of games or DVDs, but all the latest versions are available digitally in Microsoft’s gaming market.

Last Black Friday there were no final proposals for the console itself, but one thing to keep in mind: the S series (like the X) is backward compatible. this will allow you to play games designed for its older iterations, the Xbox One, and we’ve already seen a large selection of AAA games included the Black Friday sales all these years.

Earlier this week, we saw many retailers launch Xbox Series X Black Friday offers-for example, Best Buy currently offers a large number of new and used games at less than $20. Last year we did not see any price drops because Series X was brand new, but a year later we saw the best Xbox Series X games and the best Xbox Series X accessories at the same big discounts. You can look forward to the last wave of transactions on Cyber Monday, as well as the possibility of further price cuts for products already on sale. No major numbers have been out for the Black Friday Xbox Series X deal, we can expect that this year’s Black Friday gaming products will surpass the sales numbers set by the past few years.

That’s right, the popular PlayStation 5 console is on sale right now. For just $ 499, you can get a pure white gaming system and a matching controller. Inside the package, you’ll also find the Razer Black Shark V2 X, which delivers great sound, mic clarity, and great sound.

$299 is the normal price of the Xbox Series S console, and when paired with Xbox Game Pass, it is already great value for money, giving you access to hundreds of games. Save PS31-We have seen this Xbox Elite Series 2 controller and Game Pass Ultimate bundle before being available near the PS180 and the PS170 a few days ago. Save $10-Xbox Series X players have gotten rid of the many hassles of the Cyberpunk 2077 release, but if you are still waiting to get this game at the right time, then you just gotta pay $20 at your nearest Best Buys Xbox One’s retail version.

Even at full price, it’s worth a try, so any discounts are welcome. First, it is the cheapest console of the lot at $ 300, making it a smarter buy than the $ 500 PS5 and Series X. If you consider that you won’t be buying any additional games with it as you would be using Game Pass due to its all-digital nature, its a great deal. The S Series is only $ 300 and even being less powerful than its big brother, it still can play all the Series X library.

Combined with the popular Microsoft Game Pass subscription service, the S series is one of the cheapest options for people who want to access some of the most popular games today. Although Xbox Series X, PlayStation 5, and Switch OLED is still essential systems, the scarcity of chips and the high demand for these consoles are good for Series S. A report told by Insider stated that the Xbox Series S is one of the most popular products in the United States on Black Friday in 2021. The Xbox, the smallest and second most powerful in history, is popular largely because consumables are still available when customers try to collect in-game gifts for the holiday season. While no specific sales figures are available from Adobe, they claim that thanks to “millions” of visits to the retail site, it is the Xbox Series S that accounts for the majority of the end-to-end sales.

Other new consoles still had inventory issues, with console makers struggling to build machines due to a global shortage of things like silicon and semiconductors. Since the S Series has no inventory issues (unlike the X Series), retailers may want to lower prices on their consoles. On the other hand, they could take advantage of Xbox fans who decided to purchase an inexpensive console instead of the hard-to-find Series X.

Xbox Game Pass Ultimate is arguably one of the most cost-effective games, with hundreds of great games available for download or streaming on Xbox, PC, or mobile devices. Although Xbox Series X is clearly the most powerful choice, Xbox Series S can still run the most popular games released this year at 60fps, from “Halo Infinite” to “Forza Horizon”, and Xbox Game Pass is just cherry on top. Microsoft Game Director Phil Spencer has previously stated that he expects the sales of Xbox Series S to exceed the sales of Series X in the entire console generation. If the aesthetics of the console means anything to you, then the Series S is by far the most beautiful hardware.