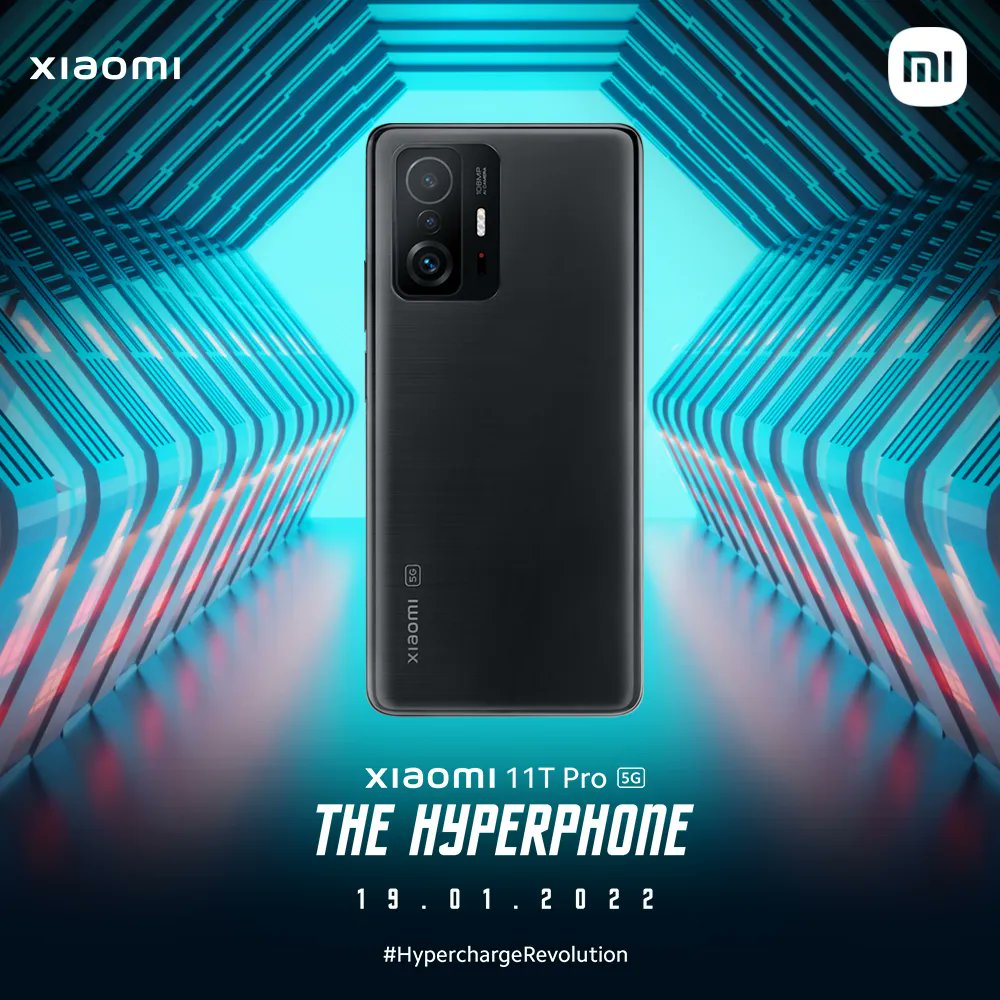 Xiaomi’s Hyperphone, the 11T Pro 5G, will be released in India on January 19, 2022. Manu Kumar Jain, who is also the second Xiaomi Mi smartphone to debut in India in 2022, has verified the revelation on Twitter. It’s worth noting that, like the Xiaomi 11i HyperCharge, the Xiaomi 11T Pro will enable 120W fast charging.

The Xiaomi 11T Pro 5G will face off against the OnePlus 9RT 5G. The Qualcomm Snapdragon 888 SoC powers the 11T Pro 5G, which has up to 12GB of RAM and 256GB of internal storage. On the software front, the phone is slated to launch with MIUI 12 and will be updated to MIUI 13 in the near future.

The display is another feature of the Xiaomi 11T Pro 5G. The phone boasts a 6.67-inch AMOLED display with a 120Hz refresh rate and FHD+ resolution. Corning Gorilla Glass Victus protects the screen, and DisplayMate gave it an A+ rating.

Despite the phone’s AMOLED display, it lacks an in-display fingerprint sensor. Instead, the phone features a fingerprint sensor built into the power button on the side. Face unlock is available on the phone, however, it is not as secure as FaceID.

Everything 𝗿𝗲𝘃𝗼𝗹𝘂𝘁𝗶𝗼𝗻𝗮𝗿𝘆 is coming your way.

The 11T Pro 5G features a triple camera arrangement with a 108MP primary camera, an 8MP ultra-wide-angle camera, and a 5MP telemacro lens on the rear. There’s also a 16MP front-facing camera that can capture 1080p video at 60 frames per second.

The smartphone is powered by a 5,000 mAh battery that supports 120W fast charging, allowing it to be completely charged in only 17 minutes. The phone is expected to arrive with a 120W charger in the box, and the business may also launch, given the current trend in Xiaomi devices.

The Xiaomi 11T Pro 5G appears to be a more powerful variant of the Mi 11X Pro. The Xiaomi 11T Pro 5G enables rapid charging and has a huge battery, according to the specifications. Furthermore, the phone features a slightly larger AMOLED screen with improved protection.

Well, it seems like Xiaomi 11T Pro 5G could be a massive market changer when it comes to bringing new flagships. We will be coming up with more details in the future.