According to recent reports, Youtube Shorts has the potential to beat Tiktok and become the new attraction for budding creators. Read the entire article to learn more about this news piece.

Why does Youtube Shorts have a chance to beat Tiktok?

Tiktok is an extremely popular platform for short-form videos. But the twist is, that the people who get popular do not get paid that much. While on youtube, influencers get paid a lot for their videos. And with youtube shorts, the company is planning to introduce the ad revenue system. There has been news about Tiktok working on an ad revenue sharing model too.” I have read about how TikTok is working on an ad-sharing model and that would be great for the creator economy,” Marc D’Amelio told TechCrunch via email. “TikTok has built an amazing platform and changed the lives of tens of thousands of creators by giving them a platform to share their creativity with the world. It would be an incredible next step if so many of these creators could turn their creativity into full time jobs.” “I think TikTok is great for awareness. Whether you’re a brand or a creator, it’s a great place for people to become aware of you,” said Louderback. “But when it comes to conversion, whether you’re a brand that wants to sell a product or a creator that wants to sell a Patreon [subscription] or merch, YouTube in many ways can be a better platform.” 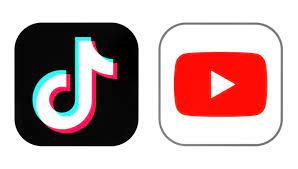 Why is it difficult to make money on Tiktok?

Even if you are among the most popular of influencers on Tiktok, it is really hard to make money on the app. The influencers who do get rich get money from different brand deals that they sign. TikTok does have a creator’s fund but that is inefficient. The creators’ fund is basically a pool of money through which the creators get paid but, there is nothing that adds to that pool of money. That means that as the number of creators increases, the money that they get paid deceased which is why people are not able to earn a handsome amount on this app. Since this app just has the option of creating short videos, introducing advertisements is also quite tricky. This is because no one would want to watch an advertisement of 6 seconds to watch a short video of 8 seconds. Therefore, both Youtube and Tiktok need to figure out a way to pay the creators a good amount for their content.