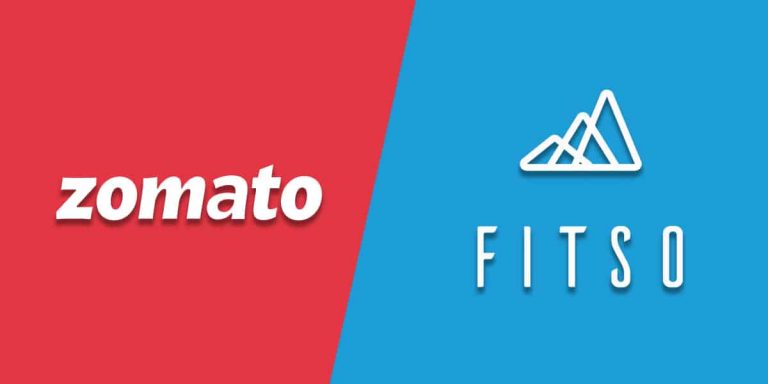 According to a report by Entrackr, the food delivery start-up has bought 100% stake in the sports and fitness company and the deal is estimated to be around 100 crores. However, the official figures have not been disclosed by the companies till now.

Zomato is a food delivery start-up and acquiring a company from a completely different domain opens up vast opportunities for the Gurugram-based start-up. Sources suggest that Pankaj Chaddah, Co-founder, Zomato is an active investor in the sports-based company.

Zomato has been actively progressing since the beginning of the COVID-19 induced lockdowns and this acquisition deal comes around a time when the company is reportedly preparing to make its market debut which means that the food delivery start-up has reached a stage in its entrepreneurial journey where it is planning to file for an Initial Public Offering.

According to the company profile on CrunchBase, the start-up has also recently concluded a USD 660 million round as a part of its Series J financing round. The company has shown a lot of potential in the Indian market and is also backed by the likes of well-known global investors including Tiger Global Management, Fidelity Management, Baillie Gifford, Mirae Asset Venture Investment, Stadview Capital and among many others.

This growth fund that concluded in the month of December has valued the company at USD 3.9 billion.

On the other hand, Fitso is also a Gurugram-based start-up that helps individuals achieve their fitness goals. Founded back in 2015 by Naman Sharma, Saurabh Aggarwal and Rahool Sureka, Fitso is founded by experienced IIT Delhi graduates who have previously worked with big companies that have helped them gain knowledge and experience about the industry. As mentioned in a report by VCCircle, Naman Sharma is a former employee of Zomato, Rahool Sureka has previously worked with UrbanClap and Yepme, and Saurabh Aggarwal is a former employee of Flipkart.

According to the company’s CrunchBase profile, the fitness start-up has previously raised USD 1.5 million in its latest Pre-Series A funding round. The round was reportedly led by SRI Capital, IPV Capital, Sprout Capital, Zomato co-founder, Pankaj Chaddah and Helion Venture Partners; it was concluded in September 2019, as also mentioned in a report by VCCircle.

Zomato acquiring Fitso is a big strategic move for the company as it chooses to diversify in different markets apart from its existing established business of food delivery and online orders. Not so long ago, Zomato also acquired Uber’s food delivery subsidiary in India, Uber Eats. These continuous acquisitions are pushing the company forward on the ladder of growth, cementing its footsteps in becoming the leading food delivery company in India.