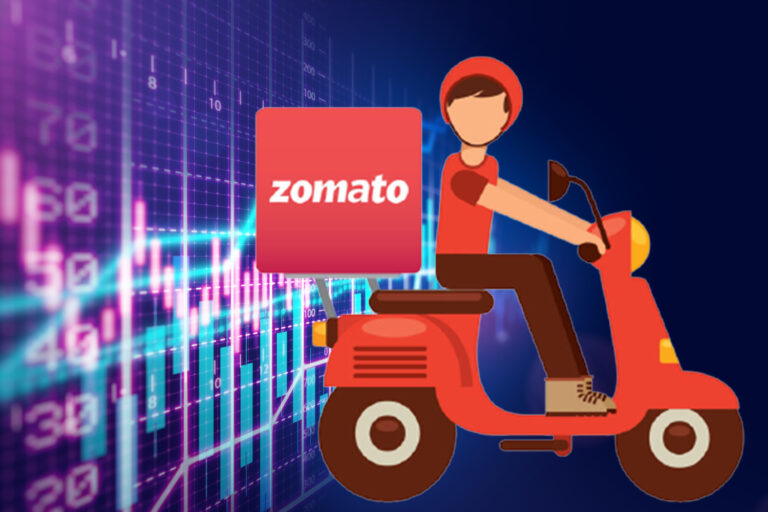 Startup unicorn food delivery platform Zomato has attracted a positive reaction from individual investors for its Rs 9,375 crore initial public offering (IPO) that launched for subscription this Wednesday. On the first day of the bidding, media reports stated that the issue did pass halfway around 3 o’clock in the noon. Zomato IPO quota was subscribed 2.34x by individual investors, as revealed by quoting data from the Bombay Stock Exchange (BSE) and National Stock Exchange (NSE).

Given Zomato’s remarkable transformation over the last few years, the IPO has already generated a lot of attention among institutional and retail investors. However, some investors are concerned about valuations because Zomato is still losing money on a net basis. There is no way to compare its financial performance to that of other public food-tech companies.

Zomato is valued at $8 billion, or slightly under Rs 60,000 crore at the higher limit of the price band of Rs 76 per share. The food delivery app has its reach in 525 cities in India alongside a whooping network of 140,000 active restaurants partner and an average of 6.8 million users looking to order food every month. The Gurugram based food aggregator has a smaller reach among its global counterparts. For comparison, Meituan, China’s largest food delivery app, has 6.8 million restaurants on its platform and is the only profitable among food-tech companies. In the fiscal year of 2021, Zomato’s overall loss dropped to Rs 816 crore, down from Rs 2,385 crore the previous year.

The notable players of Dalal Street are raising questions about what they call high valuations and thin margins, while Robinhood traders are already discussing how Zomato may give Amazon-like multifold returns to its believers. Zomato IPO is valued at 25X EV/sales, based on the higher end of the price bracket of Rs 76. Global peers such as Door Dash, Delivery Hero, Meituan, and others trade at an average of 9.6X EV/sales. For Indian Quick service restaurants such as Jubilant FoodWorks, Westlife Development, and Burger King, the calculation of Motilal Oswal Financial Services indicates an average of 11,6X.

Zomato is more costly than its global counterparts because of the rarity premium associated with an online stock-hungry market in India. Firms such as Amazon, Facebook, and Netflix are widely used, yet their stocks are difficult to acquire.