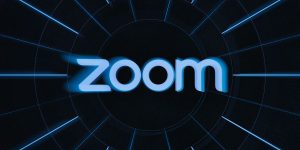 Zoom is adding in a new feature that may make it more difficult for you to casually coast your way into a meeting without your boss noticing. The new “Attendance Status” tool, first spotted by TechRadar, allows Zoom hosts and co-hosts to use calendar integration from Google and Microsoft to easily see whether or not invited participants joined the meeting on time. Meeting participants who have been invited but have not joined will be isolated into a “Not Joined” section, where their names will show among other lazy deplorable, according to Zoom’s support page. The meeting’s host and co-hosts can also check if those who didn’t show up had the decency to pick “Accepted,” “Declined,” “Maybe,” or “No” on their calendar answer. If a person accidentally loads into a Zoom meeting with a different account than the one they used to accept the invitation, Zoom claims they will appear as both “Not Joined” and “Joined,” which I can only think will result in a sudden tsunami of “accidental” out of network connects.
Zoom stated that hosts must have calendar integration with Google Calendar or Outlook calendar enabled and configured in order to view a participant’s status. The beta version of Attendance Status is presently available.

Aside from its obvious purpose for catching late employees, the new meeting monitoring tool could also be useful for teachers and professors who have been obliged to conduct remote classes using Zoom. Because some large lectures can easily attract 100 or more students, the attendance function could make it much easier for administrators to confirm whether or not their students actually showed up. Despite its ostensible utility, the feature may irritate some students, particularly given how they were subjected to unprecedented levels of surveillance and remote monitoring throughout the pandemic. But, worry not, fellow chronic latecomers: owing to a soundboard made by digital artist Sam Lavigne, there may be a way out. Zoom Escaper is a tool that manipulates your audio to make you seem so obnoxious that a Zoom host has no choice but to kick you out. So the next time you arrive a little late and your employer uses it as an excuse to express their fury, just turn on some echo, construction noise, or the scary sounds of a guy uncontrollably weeping in the background and sit back and wait for them to remove you before you have to explain yourself.