Zugacoin has created quite a buzz in Africa and worldwide following its launch yesterday. The excitement is quite justified as it holds the record of being the first cryptocurrency from Africa. The buzz was well reflected on Twitter where “Zugacoin” made it to the trending list with people expressing their admiration and anticipation for the cryptocurrency. Zugacoin’s future seems bright at the moment particularly with the overall acceptance level of cryptocurrency in general. 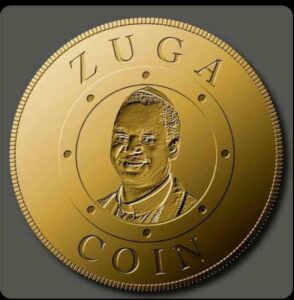 A Hearty Welcome To The Family

Firsts are always recorded with emphasized precision and care. And the celebration of firsts is quite sonorous and reverberates with excitement. It was not any different in the case of the very first blockchain main net in Africa which was launched with success on the 7th of July,2021.

And to those in Africa, this launch has an underlying historic significance as well which runs quite deep within every mind and heart in Africa. It is a reinforcement of self-sufficiency and confidence that was supposedly lost for ages among the historic pages of slavery marked with rather dark and lugubrious ink. And every effort no matter how small that comes from within the land is symbolic of a culture that is capable of standing on its own legs. The same goes for the Zuga coin. It is a shoutout to the world that the country is strong and sufficient in itself even without outside help.

In the words of Archbishop Prof Sam Zuga, the CEO of ZUGACOIN,

“The unveiling of the first Blockchain Main Net in Africa is just the beginning of the journey out of slavery from the white supremacy and the recovery of our lost self-esteem. Africans should begin to think inward and not outward again. Enough is enough. We can do it.”

The coin holds a lot of hopes and expectations. Only the future can tell if the hopes are placed on solid ground. Because no matter the determination and confidence, the fact stands that it is a part of the crypto domain which is swayed quite frequently by winds of change. And navigating through such an unpredictable terrain requires perseverance and determination, and more importantly a mind and heart that do not drop like the graphs. After all, crypto is the perfect example for the quote, “Change is the only constant.” Perhaps the windows of change will blow in favor of Zugacoin and let it create history.

Soon after the launch of Zugacoin on Wednesday, Twitter saw yet another name on the trending list, and rightly so. Here are a set of responses from Twitter.

You saw this here first, as the First Blockchain Main Net in Africa, first professor of Digital Economy in the world – Archbishop Sam Zuga#Zugacoin pic.twitter.com/gqMrBf9jv2

Get to know that Zugascan was also launched to serve as a Block Explorer and Analytics Platform for Zugacoin, a decentralized platform #Zugacoin pic.twitter.com/OanpSLceLg

#Zugacoin With this latest technology, Developers can leverage on the network interoperability to build their Blockchain projects by Applying for Zugacoin's API.
In addition pic.twitter.com/7SPMyF6fJI

Africans should begin to think inward and not outward again. Enough is enough. We can do it.#Zugacoin is the future pic.twitter.com/qRyZwXQAwH