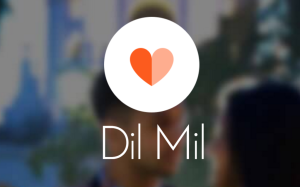 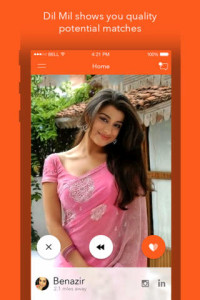 y 2015, the South Asian community focused dating app had earlier raised $1.1 from a string of angel investors.
Unlike most mobile dating apps that show only potential matches within a certain geographic radius, Dil Mil allows users to match anywhere in the world. The app is most popular in the U.S., but there are also many users in the U.K., Canada and, increasingly, India.
Dil Mil is beginning to test ways to help users with long-distance matches connect. The company is beta testing a new video chat feature. In the coming years, the company hopes to use virtual reality to simulate dates for its long distance users.

Dhaliwal said parents who hear about marriages through the app encourage their children to use it, especially their daughters.

“They tell their kids to get on it,” Mr. Dhaliwal said.