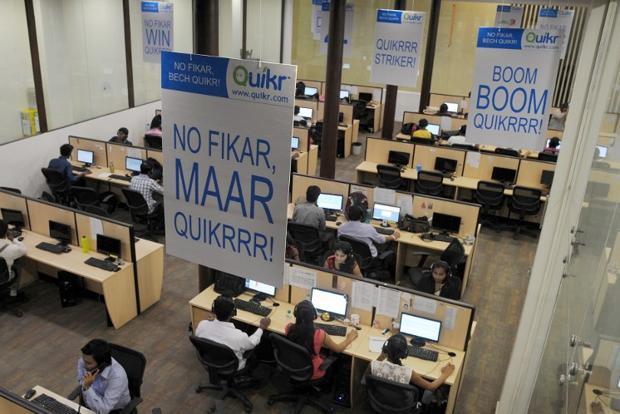 Online classifieds platform Quikr has acquired Stepni, a Bengaluru-based startup that connects vehicle owners with service providers, for an undisclosed amount, the company said in a statement on Wednesday.

The acquisition of Stepni strengthens the company’s service offerings under QuikrCars, its vertical that focuses on all types of automobiles including cars, bikes and commercial vehicles, said the company.

Atul Tewari, Head of QuikrCars and COO of Quikr said, “At QuikrCars, we believe there is an acute need and a large opportunity for someone to innovate in the auto buying selling space in India. Over the last couple of years, we have turned QuikrCars into the country’s leading auto platform that cuts across new and used car transactions – in new cars, we are working closely with OEMs to address their marketing needs, and in used cars, we are by far the no. 1 destination for inspected, consumer-owned cars. Stepni’s business model will now allow us to develop a longer term relationship with car owners as opposed to only at the point of buying-selling. We plan to scale vehicle maintenance services to all major cities over the next three months.”

Quikr is an Indian classified advertising platform. It was founded by Pranay Chulet and Jiby Thomas in 2008, and as of 2013 reported 12 million listings. Headquartered in Bengaluru, Quikr has a listings in over 1,000 cities in India in categories such as mobile phones, household goods, cars, real estate, jobs, services and education.

Vinay Singh, Co-Founder of Stepni, said, “Teaming up with Quikr brings tremendous possibilities for our business model on the demand side and it will help to scale the platform seamlessly across multiple cities. We look forward to combining our experience in the vehicle maintenance domain with Quikr’s scale and reach to make vehicle services convenient and affordable for all.”

Stepni’s founders and team are expected to join QuikrCars as a part of the acquisition.