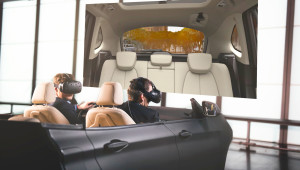 10 April 2016, USA :
Today BMW announced that it will incorporate HTC Vive VR headsets and mixed reality in the development of new cars. According to the company, the computer generated images allow greater flexibility and faster results with lower costs compared to laboriously constructed models of old. Post Oculus Rift, it’s been clear that virtual reality has applications beyond the home.

BMW notes that, while it has been using virtual reality systems as part of its development process since the 1990s, the HTC Vive is a much more cost-effective solution than previous systems while offering adequate power. BMW’s decision to implement the HTC Vive in its design process follows an evaluation period that occurred throughout 2015, with the company noting several developer kits have already been used in pilot projects since last autumn.

“The shorter innovation cycles of consumer electronics result in a far wider scope of functions together with lower costs,” says BMW Press “This thereby enables more vehicle functions to be translated to a VR model in ever more realistic fashion. It is furthermore possible to scale the system to many different developer workstations with little effort.” 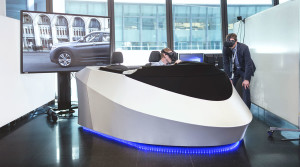 Practically, developers can now virtually drive around a particular part of town, simulating a trip and testing what the all-around view of the surrounding area is like. Furthermore, they can actually see whether a display is poorly legible or awkward to reach depending on the viewing angle or seat position.

The HTC Vive developer kits have been in use since Fall 2015, as pilot projects and now got the green light for further usage on all future models. According to BMW, they also allow developers to test the cars virtually, in a host of different environments and even experience how the engine sounds inside the cabin. Hopefully, all this new tech will only lead to better cars for all of us in the near future.