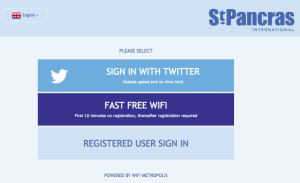 Starting today, WiFi users at the station will be able to enjoy a faster, simplified, sign in faster experience, and surf the internet for 4 hours for free.

St Pancras International Station is one of the biggest landmarks in London and serves as a gateway to Europe. It is used by 48 million passengers annually and is home to the Eurostar. 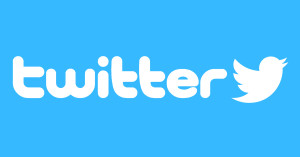 Wendy Spinks, HS1 Commercial Director, said: “Thanks to a new partnership agreement between St Pancras International and Twitter, you can now log on to the free WIFI in the station direct from your Twitter account. The station Wifi system was upgraded in the last 18 months and since then the number of daily users has increased 6x. St. Pancras Free WiFi lets users download their movies in minutes and upload pictures in seconds”

“Lots of people are using the available time whilst they are travelling to catch up with friends and family on social media and therefore we are pleased to add Sign in with Twitter to the WiFi in the station”. Image- Twitter