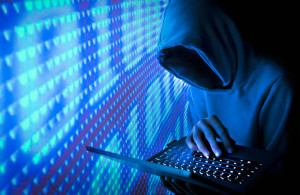 Looks like this month is exclusively devoted for hacking! Several celebrity Twitter handles have been put in jeopardy recently. Just a week ago, Katy Perry’s account was compromised, and over the weekend Facebook CEO Mark Zuckerberg was targeted by hackers that broke into his alternative social media accounts, but he is not the only one coping with this online assault.

Kylie Jenner, Tenacious D, Keith Richards, and the Ryan Dunn have all had Twitter accounts hijacked.

A hacker claims to be selling 32 million Twitter log-ins. Twitter, on the other hand, says it wasn’t even hacked and that the information probably comes from other leaks and people using the same password for everything.

Hacker, assumed to be Russian, is trying to sell them online for 10 Bitcoin — which is roughly about $5,780.

LeakedSource said the database contains more than 32 million passwords, but most seem to belong to users in Russia. LeakedSource also noted in a blog post that the most commonly occurring passwords were “123456,” “123456789,” “qwerty” and “password.”

We securely store all passwords w/ bcrypt. We are working with @leakedsource to obtain this info & take additional steps to protect users.

Twitter already investigated the report and said that the passwords were not obtained directly from the company — Twitter has not been breached. The hacker had to have used malware in order to gain access to the data.

This hack is just the latest in a series of breaches and data dumps. LinkedIn, MySpace, Pinterest and Tumblr were all affected last month by old hacks from 2012 and 2013. Hackers were trying to sell the information of millions of users online two weekends ago.