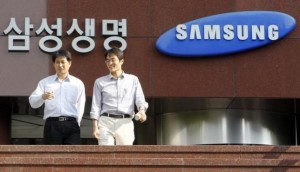 Samsung Electronics Co Ltd said it is in talks to buy a stake in Chinese electric-vehicle manufacturer BYD Co Ltd, but has not finalized the amount.

The South Korean giant said the investment aimed at strengthening cooperation between the two companies on electric-vehicle components and smartphone components.

Global automakers and technology companies have formed a series of partnerships in recent years as the race to develop electric, self-driving, internet-connected vehicles has created demand for more electronics components and software. Samsung has created a team to develop automotive-related businesses, seeking a new sector to drive earnings amid signs that the global smartphone industry its profit mainstay is slowing.

The Korea Economic Daily reported earlier on Friday that Samsung agreed to buy new shares worth 3 billion yuan which is  about $449 million in BYD, which would give Samsung a 4% stake in the automaker. Samsung declined to comment on the reported terms of the deal.

“We plan to discuss cooperation in various businesses going forward,” Samsung said in a statement announcing the investment. Industry experts said the cooperation between Samsung and BYD would help Samsung to expand its business in China.