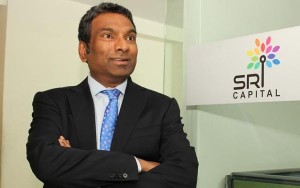 Both the companies – Yellowdig and Zuppler are now planning to use the newly raised funds to scale up and roll out their products in global markets.

Out of 23 companies in which SRI Capital has invested, 15 of them are offering software-as-a-service. Sashi Reddi believes that enterprise software startups are going to be the new wave in the market, and rightly so.

Sashi Reddi said, “We need to realise that the Amazon of India will be Amazon. Indian consumer startups need to deliver offerings or adopt business models that are unique to this country. There are also opportunities in enterprise software where product fit can be tested out in India and then taken to overseas markets.”

Founded in 2013 by Shaunak Roy, Yellowdig which is headquartered in US and based out of Pune, has created a course collaboration software that universities can use as a complement to their current learning management systems.

University of Pennsylvania, Northwestern and Duke University, among others, are already on its list of clientele.

The raised funding will be used by the Yellowdig and Zuppler to scale up and roll out their products in global markets, as per ET report. Zuppler’s software technology targets independent restaurant owners to help them streamline all the technologies through the Zuppler platform and take control of all their online customers.