2020 Postman State of the API” Reveals API Investments Will Remain Strong More than 13,500 respondents told Postman that while the pandemic put the world on hold, API development continues to surge.

SAN FRANCISCO/BENGALURU, September 24, 2020 –– Postman, the leading collaboration platform for API development, today released the results of its 2020 State of the API Report. The annual report, the largest and most comprehensive survey of the API industry, surveyed 13,586 API developers, testers, executives, and others to understand who is working with APIs, how they are getting their work done, and where they see the industry headed. 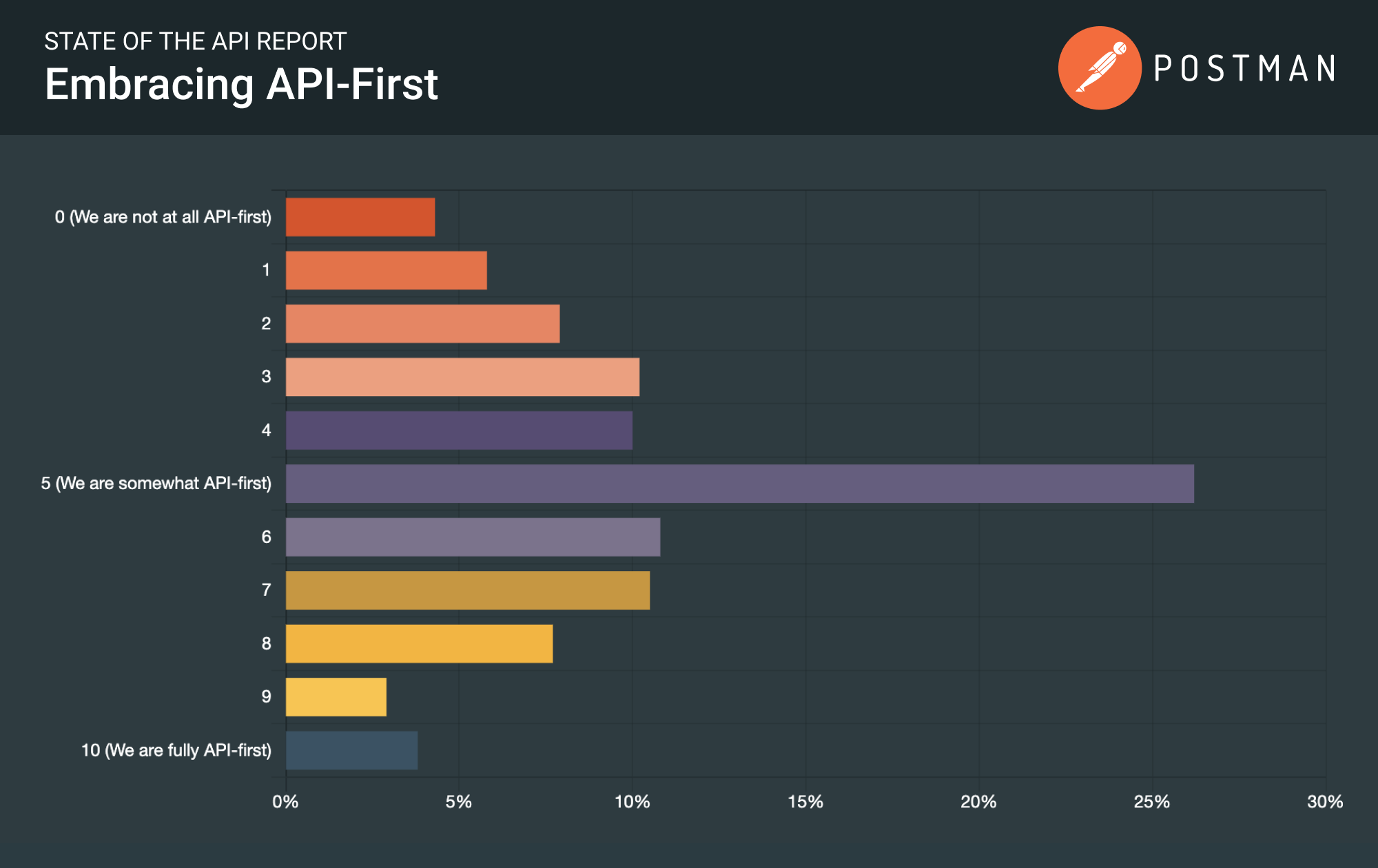 ●       The pandemic has changed the world, but it didn’t stop APIs: 89% of industry members surveyed stated that their organizations offered remote work options as a result of COVID-19. Nearly a third (30.6%) said that APIs played a role in their organization’s ability to respond to COVID-19 by facilitating customer communications, powering remote work options, and quickly responding to regulatory changes and government initiatives.

“Our annual survey reveals that the API ecosystem is expanding, investments are flowing, and momentum for an API-first philosophy is being embraced more and more, ” said Abhinav Asthana, Postman’s co-founder and CEO. “The data also shows us the importance of APIs and their role in responding to sudden and tectonic shifts in the way businesses, governments, and nonprofits operate, including pandemics.”

Over 60% of survey respondents rated themselves as 5 or better (out of 10) in terms of embracing an “API-first” philosophy, which indicates a groundswell toward API-first. The API industry also continues to touch just about every job role, from developers to management to sales, and even to the C-suite. In fact, 1 in 10 of those working with APIs today are in management roles—from the C-suite through to directors and managers.

“After a full review of the data, we found that more than 7 in 10 respondents said the most important factors they consider before integrating with APIs were reliability, security, performance, and documentation,” said Postman Chief Evangelist Kin Lane, who works with many companies that are integrating APIs. “However, less than half of the respondents indicated that pricing was an important factor.”

Postman is the leading collaboration platform for API development, used by more than 12 million developers and 500,000 companies worldwide. Postman is an elegant, flexible platform that is used to build connected software via APIs—quickly, easily, and accurately. Postman is headquartered in San Francisco and has an office in Bangalore, where the company was founded. Postman is privately held, with funding from Insight Partners, Nexus Venture Partners, and CRV. Learn more at http://www.postman.com or connect with Postman on Twitter via @getpostman.