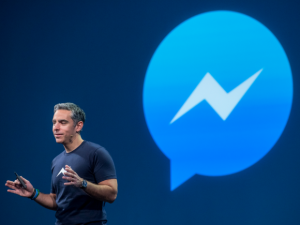 Facebook is now reporting that over one billion people now use the messenger app every month. This means that four Facebook products have crossed the one billion mark, those products are the “Messenger app”, “What’s app”, “Groups” and the “Facebook app” itself. The company is still behind google, who according to CNN has at least seven apps over the one billion mark.

“It’s very humbling to be able to serve a billion people,” said David Marcus, Facebook Inc.’s vice president of messaging products, in a Canadian exclusive interview. Marcus took over Messenger duties in 2014 after leaving PayPal as its president. 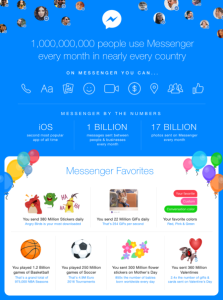 Messenger first launched as an Apple iOS and Google Android app back in August 2011, but it was still heavily integrated into Facebook’s core offerings. It wasn’t until Marcus took over the unit when Messenger started virtually severing its ties and shifted into its own independent platform. It split from the main Facebook app in 2014, The move was made because Facebook wanted to target business users focused on messaging instead of news feeds.

Marcus stated, “When you have the ability to touch so many people every day, you want to build more capabilities and more goodness for them. So we are hard at work here and you’ll see a lot more coming from us in the next six months to a year.”

Bitmoji on Snapchat! Now Click and Create Your Own Sticker