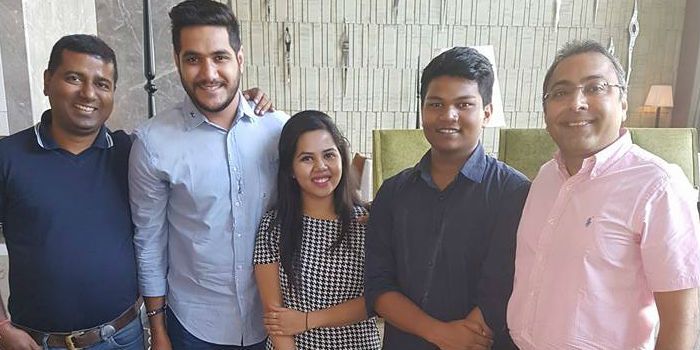 Let’s Barter, founded in 2015 by Pooja Bhayana and Sahil Dhingra in Delhi as a Facebook group, the community boasts of being one of the biggest online barter communities with over 1,80,000 members. Initially it was started as a Facebook group, but later, the company launched an app in August this year.

Scale Ventures is a brainchild of Nilesh Rathi of ‘Rathi Group of Companies’ and Rahul Narvekar, ex- CEO, IndianRoots is a leading venture capital firm that invests primarily in early-in-revenue startups. Both the founders started the company with a mindset of not just funding the start-up but giving the right kind of mentor ship, which is far more vital at an early stage of a start up. Scale Ventures had formally signed an agreement to acquire Guerrilla Ventures.

“By simply adding a listing, one can get connected to like-minded people, and garner a variety of offers. The inspiration was to create more avenues for used products rather than selling them at a low value,” the company said.

Rahul Narvekar, co-founder, Scale Ventures, said: “I realized the venture is scalable and has potential in India. We feel this start-up is niche, but will connect with the youth of the nation as it follows the very unique model of bartering. We will suggest Let’s Barter ideas to scale their business by indulging in meaningful tie-ups with e-commerce portals, restaurants and dating sites.”

Pooja Bhayana, co-founder, Let’s Barter, said: “The funds will be utilized for scaling up across India, educating the market about tech-enabled bartering and building a strong backbone team to fuel Let’s Barter.” Source- The Hindu Businessline