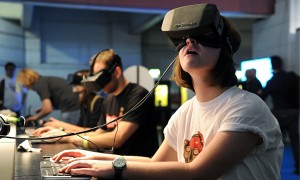 28 March 2016, USA :
Thirty years after virtual-reality goggles and immersive virtual worlds made their debut, the technology finally seems poised for widespread use.
The 21-year-old is the founder of Oculus VR, a company that is on the verge of releasing the Rift, an affordable virtual-reality headset for playing ultra-immersive video games. Facebook bought the company for $2 billion this spring.
Oculus VR had already attracted more than $91 million in venture funding, a near-fanatical following, and team members like the game programmer John Carmack, who led the development of influential video games such as Doom, Quake, and Rage. But the Facebook deal is a sign of faith that virtual reality is now sharp enough and cheap enough to have huge potential for more than video games. The idea of merging immersive virtual reality with social communications is intriguing. It could also be a compelling tool for teleconferencing, online shopping, or more passive forms of entertainment. Some filmmakers are, in fact, already experimenting with movies designed just for the Rift.

When you use the Rift, you feel as though you’re actually inside these worlds. The technology follows the movement of your head in real time; lean in to take a better look at a virtual flower or look to the skies to gaze at a virtual cloud, and your mind is drawn into the simulation. You can almost believe you are fully there.
Oculus Rift consumer edition isn’t weighty: it almost has a hollow feel, though once you have it on, it definitely feels like you’re wearing something more substantial than a baseball cap over your head and eyes. 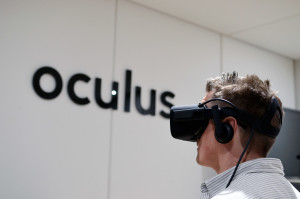 The visor portion doesn’t dig in thanks to dense foam and, when it’s tightened just right, it fits snuggly. Foam cushions the back portion of the strap, so your head is cradled in the Rift. The headset is well balanced:neck won’t get fatigued even after several 30 minute-plus gaming sessions.
So to round up, Oculus Rift is an outstanding device that delivers the kind of virtual reality we’ve only ever been dreamed of. The headset has come so far, so fast, and it’s only going to get better.