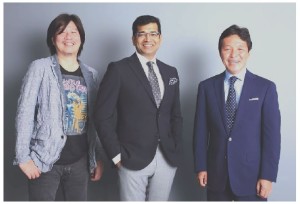 “We will be sector agnostic but the focus will be around consumer technology. The focus on technology is because it builds a scalable business model. We will invest anywhere between $2.5 million to 5 million (Rs 17-33 crore) in each startup,” said Vikram Upadhyaya, chief mentor at GHV Accelerator.

Takano, who has now joined the board of GHV Accelerator, will bring in his expertise in fund raising and ecosystem building to the partnership.

He is also the founder of MT Partners KK, which assists 14 companies including atomixmedia, where Takano serves as CEO. He is also the editor-in-chief of Forbes Japan.

“India is a bullish economy and I am excited to be a part of success stories from India,” said Takano.

“India today looks like what China was 10 years back and growth here will be much stronger in the next few years.We would like to fund a couple of companies from GHV if there is a strong connection to Silicon Valley or Japan,” said Gen Isayama, CEO of WiL.

Vikram Upadhyaya, is a Venture Capitalist and started his early investments as Angel Investor and has been investing in Indian Startups since 2007, some of the promising portfolios are Druva, Stayzilla, Loginext, CollegeSearch.