FBI Can Hack Any Computers In World 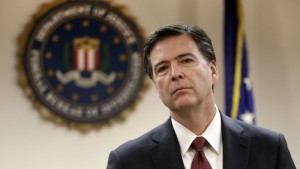 The Most powerful investigation bureau just got stronger! Now FBI can hack into any computer in the world. The Supreme Court on Thursday approved changes that would make it easier for the FBI to hack into computers, including those belonging to victims of cybercrime. The changes will take effect in December, unless Congress adopts competing legislation.
Pro-privacy groups argue that this will just lead to more device hacking and a weakening of security for customers.

A Justice Department spokesman said the change was necessary because criminals increasingly use “anonymizing” technologies to conceal their identity online, and remote searches are often the only way to apprehend such suspects.

“I think a significant concern is within that rule there is no requirement that the FBI disclose to a judge exactly what hacking technique they’re using, what the unintended consequences are what the implications are,” Guliani said. “So you may have a situation where a judge is authorizing something without fully understanding what the questions are. And this has come up in other technologies like stingrays where judges say ‘well, I didn’t really know what I was authorizing,” Guliani added.

Congress must approve the change by December 1. If ignored, the rule change will automatically come into effect.