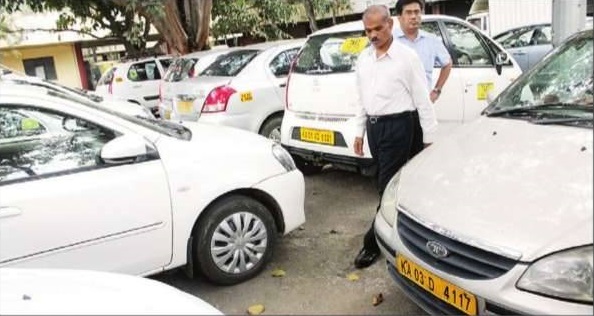 29 April, 2016, Bangalore: Seems like app based cab service provider companies are been put under a strict scanner in India. After Delhi government impounds many vehicles that were found overcharging their customers during ‘Odd-Even Dobara’ Scheme, now it’s the transport department of Karnataka which has impounded 110 cabs, including the one operated by Ola and Uber.

As per the transport department’s official, in an intensive drive near Yeshwanthpur, Hebbal, Nagawara and Mekhri circle officials had found that these cabs were violating the traffic rules. Most of these cabs belong to app based taxi service providers Ola and Uber.

Informing about the development, the department has released a statement that states, “These aggregators have not obtained licences to operate, a gross violation of the Karnataka on-demand Transportation Technology Aggregators Rules 2016. These companies are misleading innocent drivers and owners of cabs to carry passengers without following rules and violating permit conditions.”

Ride-hailing operators Ola and Uber have applied to the transport department for the grant of licence to do business as aggregators in response to the April 2 policy notified by Karnataka. Apart from other things, policy requires cab aggregators to notify the department with its entire fare structure and once it notifies, it cannot the hike the price without the department’s permission.