Batman Like Software Provides ‘Special Abilities’ to Your Cellphone Experience 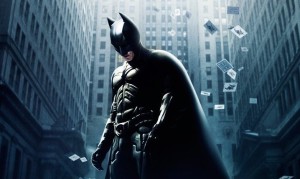 Inspired by a scene from a 2008 Batman movie,in which the caped crusader turns all the smartphones in Gotham City into a sonar system as high-frequency audio signals bounce off the city’s infrastructure, engineers from the University of Michigan (UM) have developed software that could bring touch sensitivity to all phones – and not just through their screens.

The latest Apple flagship phones achieve their touch magic through capacitive sensors embedded beneath the glass. The concept from UM creates pressure sensitivity in a completely different way – through software that uses any phone’s speaker and microphone. 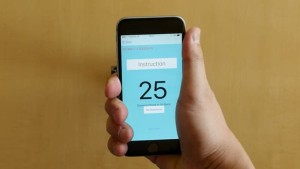 The ForcePhone software uses a smartphone’s microphone and speaker to emit ultrasound covering the 18-24KHz range. It’s beyond the spectrum of frequencies detectable by the human ear, but can be picked up by the phone’s mic and probably your dog.

The phone can then sense how much pressure is being applied where. Like 3D Touch, this means you can apply extra force to the smartphone’s display to unlock a menu of additional options, similar to right-clicking with a mouse.

However, unlike Apple’s pressure-sensitive technology, ForcePhone allows you to squeeze a smartphone to perform certain actions, such as making a 999 call.

Yu-Chih Tung, one of the creators of ForcePhone, said: “I think we’re offering a natural interface, like how you turn a knob. It’s the next step forward from a basic touch interface, and it can complement other gestured communication channels and voice.

“Having expensive and bulky sensors installed in smartphones can solve every problem we have solved, but the added cost and laborious installation prevent phone manufacturers doing it.

“Our sound-based solution can fill this gap, providing the functionality without making any hardware modification. Everything is just software.”

ForcePhone isn’t ready to be rolled out to consumers just yet, but its inventors will demo the software between 27-29 June at MobiSys 2016 in Singapore.

Check out the video below :