Apple Blocks New Spotify as Battle of the Apps Continues 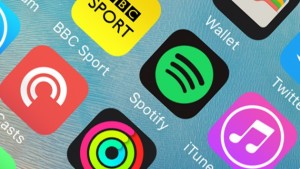 Spotify has become very vocal in recent weeks about Apple’s business practices for its App Store. Apple recently revamped its subscription policy for iOS developers, offering a 85/15 split if developers keep customers for more than a year, but Spotify is still not happy with proceedings.

In an effort to gain support for its case, the letter was also provided to U.S. government officials, including Sen. Elizabeth Warren (D-Mass.). The note likely played a part in comments made by Warren this week, accusing Apple of using its platform dominance to hurt competitors like Spotify.

In a move that could help the likes of Spotify and others, Apple announced earlier this month that it will take a smaller 15 percent cut of ongoing subscriptions through App Store downloads. However, Apple‘s 30 percent share is only reduced to 15 percent if a customer maintains their subscription for over a year.

Spotify has long attempted to circumvent Apple’s rules by charging $13 a month for iTunes-based subscriptions.

Rather than simply passing the costs onto customers, Spotify has made it evident that $10 a month rate is available to those subscribing through its own portals.

Spotify recently claimed the arrival of Apple on the streaming scene had raised awareness and contributed to a rise in subscribers.

Right now Apple Music has about 15 million subscribers, while of the 100m Spotify users, 30 million are paying customers.