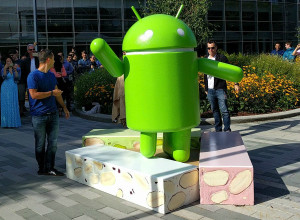 Welcome #AndroidNougat! Thank you to the millions of @Android fans who helped us name it. pic.twitter.com/3ZbknDn2vd

Android Nougat will be the final version of the N developer preview, which has been with us since March. The final release will come sometime during the third quarter of this year. Nougat will bring a redesigned notification panel, support for side-by-side apps, VR enhancements, and a ton of other improvements.