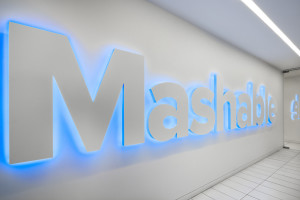 Turner’s TBS and TNT channels and Mashable will co-develop and distribute video content, and the two companies will work together on new technology and advertising opportunities, according to a statement Thursday. In addition, Kevin Reilly, chief creative officer for Turner Entertainment and president of TBS and TNT, will join Mashable’s board.

Turner and other media companies are looking to digital publishers to reach younger audiences that may not subscribe to cable or satellite TV. The network will gain access to Mashable’s Velocity platform, which uses data to predict when Web content will go viral on social media.
Mashable will use the latest funding round to expand its video offerings, including on traditional TV, and enhance its advertising capabilities, according to the statement.
Earlier this month, Mashable said it will make four short-form Web series with NBCUniversal’s Bravo, agreeing to work with a traditional TV network on a slate of shows for the first time.
Mashable, founded in 2005 by Pete Cashmore, created an in-house video unit last year to produce series for its website, social networks and a growing list of companies interested in the short-form video medium. As advertisers spend more on online video, digital media companies like Mashable, BuzzFeed and Vox Media are investing in video production to attract funding and potentially lead to work in traditional television, with its massive reach and lucrative advertising.