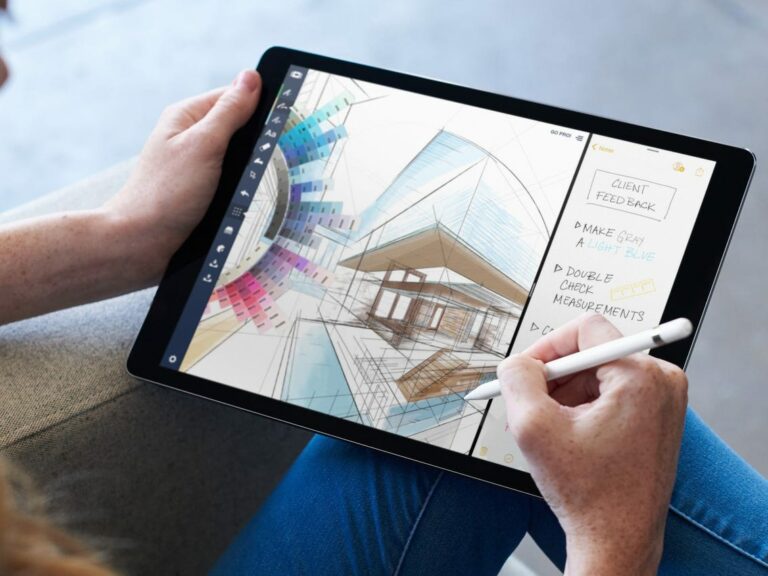 How to split screen on iPad

Because the iPad is so flexible, it may appear to be a complete substitute for your laptop or desktop computer at times. On an iPad, for example, you may split the screen to view numerous apps at once. Split View is one of the numerous Multitasking capabilities available on the iPad.

Here’s how to use Split View and Slide Over to multitask on your iPad, or turn these capabilities off entirely.

You’ll need an iPad Pro, an iPad 5th generation or newer, an iPad Air 2 or newer, or an iPad Mini 4 or newer to split the screen on an iPad.

How to make a split screen on your iPad

1. First you need to make sure that one of the applications you want to open is in your Dock, the little bar of application icons at the bottom of the screen. To do this, open the application of your choice and then close it so that it appears in one of the “recently used” slots on its dock.

2. After making sure the application is in the Dock, start the other application you want to use and keep it open.

3. Gently swipe up from the bottom of the screen to reveal the base. Don’t swipe up too hard or you’ll just go back to the home screen. Simply slide your finger up until the base sits over your app.

4. Press and hold the app in the Dock, then drag it to the far right of the screen and release it. Dragging it all the way to the right shows the two apps side by side, and you can drag the divider bar between them to give them more or less space.

If you drag and drop an application from the dock without going to the edge of the screen, it will simply hover over the first application in a small window. This is another multitasking feature called Slide Over.

How to remove split screen on your iPad

If you already have two apps on your screen and you want to close one of them, you can easily return to the default OneApp view. If your two apps are next to each other with a dividing bar between them, drag the bar all the way to the right or left.

With the second application floating in a small window above the main application, press and hold the gray bar at the top of the floating application and drag it down. This will put the two apps in split screen mode so you can close one with the separator. If you hover over an application in a window, you can also temporarily close it by sliding the gray bar to the right. This causes the window to fly off the screen.