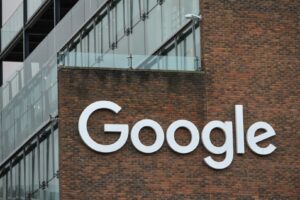 Google India released the findings of its Year in Search 2021 on Wednesday, detailing what Indians searched for the most over the course of the year in categories including entertainment, news, and sports. Here’s a breakdown of Indians’ top 10 searches across all categories.

The performance of Indian athletes at the Tokyo Olympics was another hot search topic. Neeraj Chopra, India’s first medalist in athletics, was among the search results. Aryan Khan, Tesla CEO Elon Musk, and page three celebs such as Vicky Kaushal, Shehnaaz Gill, and Raj Kundra all drew a lot of attention.

As the world’s greatest vaccination effort got underway, searches for COWIN and Covid Vaccine spiked as people looked for information on the many vaccination alternatives and their availability. However, Free Fire, a battle royale shooter, was the sole game to make it onto the overall trending list.

People looking for food deliveries, tiffin services, and takeout restaurants also spiked, according to Google, as they tried to get through the intermittent lockdowns.

Cinema, recipes, and other news

Regional cinema also drew a lot of attention in 2021. On the Movies list, Jai Bhim, a Tamil hit, came in first, followed by Bollywood films Shershaah, Radhe, and Bell Bottom. Hollywood films such as Godzilla versus Kong and Eternals rounded out the list of the year’s most popular films.

In terms of news, while Covid-19 remains the most popular search keyword, other important worldwide events and topics that people are looking for include the Tokyo Olympics, Black Fungus, Afghanistan, and the West Bengal elections.