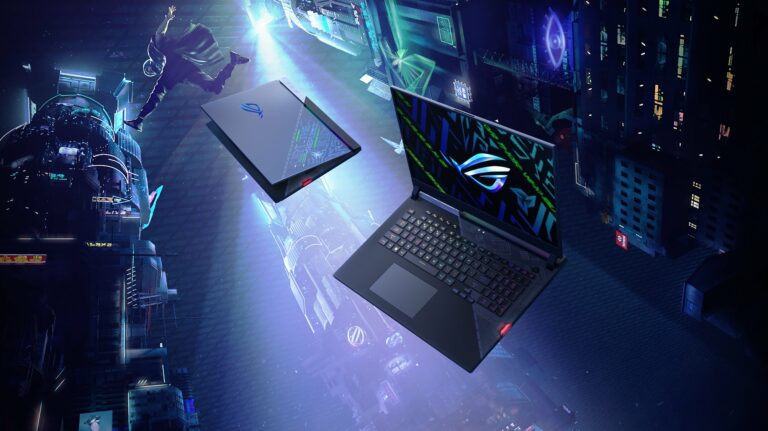 Asus India has given us a glimpse of its new flagship level laptop for this year which is the new Asus ROG Strix Scar 17E (Asus usually comes up with complex names).

One of the major features you will get to see with this new flagship level laptop is that it comes with the power of the latest new and powerful flagship chipset by Intel, which is the 12th Generation Core i9HX series.

Also, adding more details to this laptop, this powerful laptop is again coupled with a powerful GPU by Nvidia which is the NVIDIA GeForce RTX 3080 Ti, and this faster laptop is coupled with a faster 2TB of internal SSD storage too.

This was a little introduction about what are the main features we will get to see with this new laptop by Asus, if you want to know more about this new laptop, then do checkout our complete article for more details which includes details about the pricing as well as specification side too.

What does Asus ROG Strix Scar 17 SE feature inside?

Let’s now jump to the feature side of this new laptop, as we mentioned above, this new laptop comes with the power of a new chipset by Intel which is the 12th Generation i9 12950HX chipset.

This powerful chipset has been coupled with another powerful GPU which is the new NVIDIA GeForce RTX Mobile 3080TI GPU which comes with 175W TDP too.

To ensure the cooling of the laptop, Asus has also embedded a new Thermal Grizzly’s Conductonaut Extreme Liquid Metal which is capable enough to cool down both CPU and GPU of this laptop by up to 15 degrees celsius thus, it makes this laptop even cooler as compared to using conventional thermal pastes too. This was all about the specification side of this laptop, let’s now jump to the pricing side.

Let’s now jump to the price side of this new laptop. Considering that this laptop comes with the flagship-level specification which makes it very clear that this new laptop will be priced for flagship pricing too.

The new laptop has been priced for Rs. 3,59,900 in Indian markets and is availed for its sale on both online as well as offline stores too. This new laptop is a great laptop with a greater specification combined with great pricing.