A Bitcoin dealer claims he lost crypto worth $557 million when his mother threw out his malfunctioning laptop. An anonymous member of the /r/Bitcoin forum declared that Bitcoin had ruined his life as word of his stolen fortune reached him.

According to The Sun, it’s just one of many cautionary tales from the crypto realm. He claimed he bought 10,000 Bitcoin on the spur of the moment in early 2010 for roughly £50 (A$70) after being persuaded by his college friends, saving the keys on his laptop after transferring them from a USB drive. 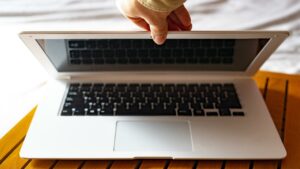 He eventually forgot about the coins as he graduated and moved on with his life. However, as cryptocurrencies gained popularity in 2014, the now 25-year-old claimed he remembered his purchase and went back to seek for it, believing he might be sitting on a great fortune as Bitcoin’s value skyrocketed.

Former IT worker James Howell mined the cryptocurrency back in 2013, well before its value skyrocketed. In a mix-up, he accidentally threw away the hard drive its access key was stored on. https://t.co/aLoZEUpHv1

Then there was the time when he returned home to look for his old laptop, which had been sitting broken for years. He claims he discovered the device after his mother threw it out.

His 10,000 Bitcoins are now worth 557 million Australian dollars. “I fainted,” he said in a post in 2019. “I was angry, bewildered, startled, in denial, devastated, angered, and so many other emotions.”

The poster, who has since disabled his Reddit account, claims the heinous mishap caused him to have a mental breakdown and suffer from melancholy since he remembers every day that he could be a multi-millionaire.

He claimed he became bitter of his mother, accusing her of tossing out the laptop, which he claimed had been sitting in a pile of untouched rubbish for years. Despite his efforts to get his life back on track, he claims that the soaring value of Bitcoin has only served to exacerbate his sadness.

It comes after he sparked a price drop last week by revealing that his company, Tesla, will no longer take cryptocurrency due to concerns about the coin’s environmental impact. It came as China pushed down on cryptocurrency mining, and Bitcoin was trading at just 50% of its peak on Sunday.

Mining is a practice that involves a computer solving a complex mathematical problem with a 64-digit solution in order to process Bitcoin transactions. The difficulty of the puzzles is changed to compensate for the increasing computing capacity of computer chips, ensuring that a steady stream of new Bitcoins is produced each day. The currencies Ethereum, Cardano, and Dogecoin are all in decline, however, all three are still much higher than where they were at the start of 2021.

Also read: Next year, city employees will have the option to convert cryptocurrency to payroll