Despite a fraud detection tool, NFT theft is still a problem on DeviantArt

DeviantArt launched an NFT theft AI system a few months ago that would recognize artwork from the site on NFT markets like OpenSea and Axie Marketplace. Despite a fraud detection tool, NFT theft is still a problem on DeviantArt

It’s a system that all DeviantArt Core members have access to, as well as the DeviantArt membership system for artists. NFT scanning is unlimited across blockchain markets for all levels of membership, with an alert notifying the DeviantArt creator when similar work is detected for sale as an NFT. It’s also worth noting that DeviantArt collaborated with OpenSea to create this tool.

NFT theft is still a problem on DeviantArt 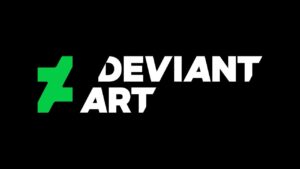 When the system was first launched in September, Twitter user @ akreon_ accused OpenSea of displaying stolen artwork from their DeviantArt website. If you’re wondering what all the commotion is about, it’s because this crosses the boundary between copyright infringement and art theft.

It’s not a perfect answer to DeviantArt NFT theft or online art theft because all it does for an artist is notify them of the theft – it doesn’t submit a takedown request on their behalf, it only notifies them that the theft may have occurred and that they may want to take action.

Ok, a huge shout-out to @DeviantArt for this new feature. It notifies you when your work has been used as a NFT. And it actually works! pic.twitter.com/2GNDIoN2JL

While it’s a more proactive approach than we’re used to seeing, and one that more businesses should consider, we’ve now seen it in action for three months and it can’t do much more than alert artists about art theft.

Liam Sharp, a Green Lantern and Wonder Woman artist, turned to Twitter to express his dissatisfaction with the DeviantArt NFT theft detecting tool. Sharp wrote, “I’m going to have to take down my entire @DeviantArt gallery since people are taking my art and manufacturing NFTs.”

Sadly I’m going to have to completely shut down my entire @DeviantArt gallery as people keep stealing my art and making NFTs. I can’t – and shouldn’t have to – report each one and make a case, which is consistently ignored. Sad and frustrating. pic.twitter.com/oNH6yXQtyU

“I can’t – and shouldn’t have to – report every single one and build a case that is continually dismissed.” “It’s both sad and annoying.”

Sharp would later add that he loves DeviantArt and has been a member for 14 years. “I don’t blame them,” he continued, “but I see no other option at this time.” He then added that he didn’t want to incite resentment.

Sharp’s tweet elicited a wide range of responses, with many emphasizing sympathy for a tragic circumstance. One Twitter user recommended that the artist register his own artwork as NFTs, but the response was that this was unnecessary for artists to avoid art theft.

Comments also emphasized OpenSea’s attitude to copyright disputes, as well as the fact that the NFT hosting site might do a better job of safeguarding artists.