65% of Americans would prefer to be paid in Bitcoin, Ethereum and Dogecoin

A recent survey looked at how Americans view Bitcoin as a new kind of job remuneration, and it revealed some fascinating psychological insights regarding the frantic crypto adoption. 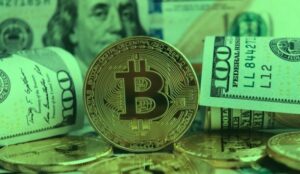 Skynova surveyed over 1,000 working people, including 797 employees and 205 managers, to learn how they perceive cryptocurrency as a form of workplace pay in the United States. Skynova supplies invoicing software for small businesses, and the company conducted a survey to measure interest and experience with the new form of remuneration.

The study comprised 46.9 percent of respondents who had already received cryptocurrency as compensation and 53.9 percent who had not.

Most employees are excited about the new opportunity

The poll was sent to learn more about people’s attitudes and to see how  Americans prefer to be paid in cryptocurrencies. Do they consider it a benefit, and would they leave their current job for one that paid this well?

65.5 percent of employees said they would be at least somewhat willing to be compensated in cryptocurrency, with slightly more than 28% saying they would be “very willing.”

The employees’ demographics emerged as a key element, as a survey found that 63 percent of millennials consider cryptocurrency compensation to be a bonus. Fewer than ten percent thought it was “very bad” for their employers to start paying salaries in cryptocurrency. Almost a third of those polled indicated they would leave their present job to pursue one that paid in cryptocurrency, though 42.2 percent said they would leave if their current employer started doing so.

Employees with this mentality are more likely to seek out new types of payment on their own rather than having it pushed on them.

When asked which cryptocurrency they wanted to see on their paychecks, the majority of working Americans (74.3%) chose Bitcoin (BTC), followed by Ethereum (ETH), and Dogecoin (DOGE).

The top benefit of being paid in crypto, according to the study results, is the belief that it is the currency of the future, while other generally recognized benefits of crypto pay include the possibility for financial gains and income diversification.

Market volatility, the risk for financial losses, and limited adoption were the top perceived disadvantages of remuneration in crypto.

The majority of recruiting managers are enthusiastic

More than 200 respondents were managers, many of whom were responsible for hiring and compensation decisions.

With almost 77 percent of recruiting managers indicating that they are at least somewhat willing to compensate their staff in cryptocurrency, these executives appear to be more likely to approve a crypto paycheck than employees.

When it came to hiring, cryptocurrencies played a significant impact, with 48.3 percent of those in charge of hiring stating that they normally sought cryptocurrency experience. Managers of small and large firms both frequently sought crypto experience when screening possible applicants, with midrange companies with 50 to 249 people seeking this type of knowledge more often than not.