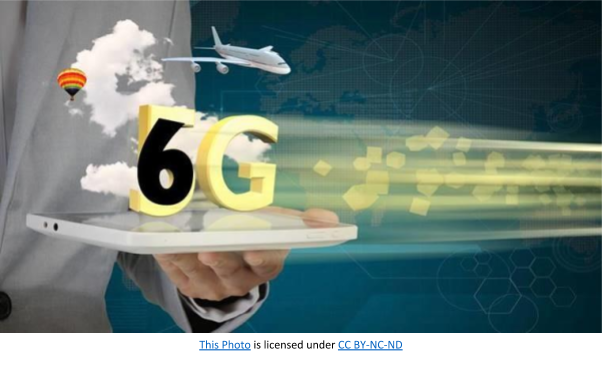 Did you think 5G is the latest news? The sci-fi future brought by 6G is already looming around the corner – and it is being developed in a university in Oulu, Finland. The 6Genesis wireless network technology program, led by the University of Oulu, is the first in the world. The project received funding of millions for eight years. The first two research projects of the Academy of Finland’s new flagship program received funding totaling 18.5 million euros in mid-April. With the internet so fast you could download games or movies in a second, have no problem streaming videos or playing at your favourite online casino.

The 6Genesis Concentration brings 5G technology to the commercialization phase in collaboration with European partners. At the same time, however, the next generation of 6G wireless technology is being developed. A 6G network would be even faster and more efficient. It would allow for more rapid communication between people, but also faster communication between devices, processes, and things. A demo video of 6Genesis can be found on Oulu university’s Youtube channel. The video shows a wide range of futuristic visions of what new technology can bring to the daily lives of all people.

6Genesis is led by Matti Latva-aho, Academy Professor at the University of Oulu. He sees huge challenges in developing 6G technology. “First of all, capacity is being taken to the extremes of physics. It requires new radio technology solutions, new electronic solutions, new total application solutions to be able to solve that whole package”, said Latva-aho in one of his interviews.

The coming of the 6G network is being studied in the European Terranova project. It envisions 6G technology that would use frequencies reaching the terahertz range and reach speeds of up to 400 gigabits per second. 5G is slowly becoming accessible around the world, so this next-generation telecommunications network should be out in the next ten years.

Sixth-generation technology would bring with it higher frequencies, bands, and transmission rates that, according to the Academy Professor, would enable wireless artificial intelligence. That, in turn, would be a prerequisite for a highly automated society. Now in 5G technology, the delay has been reduced to a small size, but it is still too big for automated traffic to work, for example. Criticism has also been leveled at the security of wireless communications.

At the University of Oulu, wireless communication has been developed for more than 20 years. Up to 500 researchers work in the networks of the now funded 6Genesis program, and Academy Professor Matti Latva-aho sees great opportunities in the development of new technology. In Finland, for example, 5G test networks have been developed for four years, while two projects have just been launched in the United States.

“If future business alongside this existing operator were to grow, then in Finland solutions and applications could be developed for small, local telecommunication networks corresponding to the global operator market, as well as operating models for such a network,” says the professor. According to the industry assessment, standardization of the 6G network will not start until 2025 at the earliest. “We have a good time to take a major step forward before the industry and be ready for the industry to be interested in the subject in six to seven years. Even then, we already have to give them know-how capital with a lot of trade and give them an advantage over their competitors”, Matti Latva-aho continues.

Finland is not the only country interested in an even faster network; Japan has also started preparations for the 6G network. They also proclaimed they would have it ready before 2030 and that it would be 10 times faster than the current 5G networks. China and South Korea have also shown interest in developing 6G networks.

One thing is sure 4G networks are a thing of the past and if you want to stay in the game, you need to update to 5G. It is way easier than you may think, and as it is still a new thing you can get your hands on pretty good deals. So, before buying your next smartphone check if it supports 5G networks. In case you are okay with 4G, then you are also in luck since many people are now selling their old phones to upgrade to 5G supporting ones.

It is now a time battle between Finland, Japan, China, and South Korea. Which country will create the first 6G network and which one will commercialize it first? The sci-future of our dreams is definitely closer than we may think and soon we will be able to grasp it with our hands.