A 24K Gold Nintendo Wii Made For Queen Elizabeth II Is Now Selling On Ebay For $300,000

A 24K Gold Nintendo Wii Made For Queen Elizabeth II Is Now Selling On Ebay For $300,000 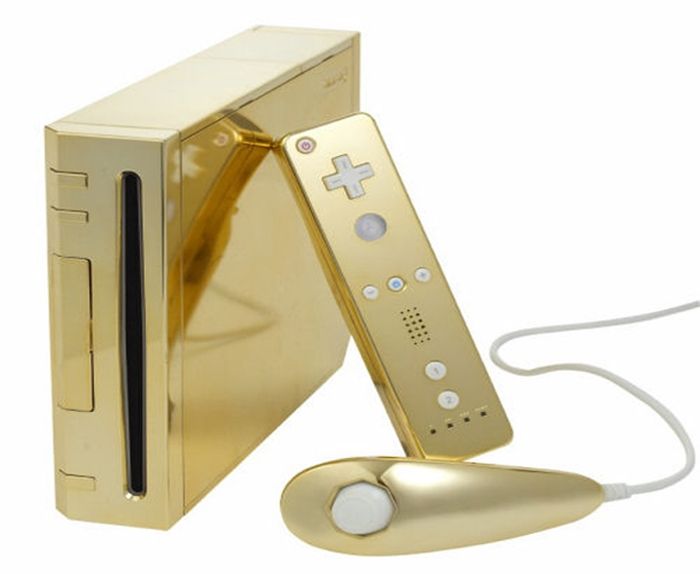 Salesman Donny Fillerup told CNN that THQ, a video game publisher that collapsed in 2013, made the 24-carat gold-plated console in 2009 and sent it to the Queen as a marketing stunt. THQ later filed for bankruptcy and a private buyer bought all the hardware and shares, including the golden Wii. He added that he bought it in 2017 and that the Wii special edition was bought by private buyers who bought a portion of its inventory, including special editions of the Wii, but not the console itself. In 2013, THQ folded again, this time as part of a $1.2 billion bankruptcy.

The Queen’s golden Nintendo Wii is definitely one of the most interesting and unique stories to come out of the gaming industry in recent decades. Many rare game consoles are bought and sold to the best of our knowledge and belief, taking into account intangible variables. It is a challenge because a device, like a golden game console, cannot be valued higher than the product it has made. The $300,000 price tag for the Wii may be true, but it’s probably hard to let go of something so historic.

Fillerup, 32, who lives in the Netherlands and runs the online console database Console Variations, said experts had estimated the console at $1 million. He refused to tell how much he paid for it four years ago, but he has received several five-figure offers so far and he is in no rush to sell.

He adds that the price will give more people the opportunity to buy the console, implying that it could sell for much more.

So far, Fillerup has received several five-figure offers, but he’s in no hurry to sell, and the $300,000 price tag for the Wii could be right. Many rare game consoles are bought and sold on eBay, with sellers and buyers doing their best to take intangible variables into account. The 24k gold Nintendo Wii is definitely one of the most interesting and unique stories the game industry has had to offer in recent decades. But it’s probably hard to let go of something so historic.

In a blog post on Consolevariations.com, Donny explains that he justifies the sale of the console on the grounds that he wants to get on with life and buy a home. He says he wants to be reasonable with his new house purchase and doesn’t need more than the $300,000 price tag. Hopefully, he will find a buyer to help him get his latest place and take care of this lovable piece.