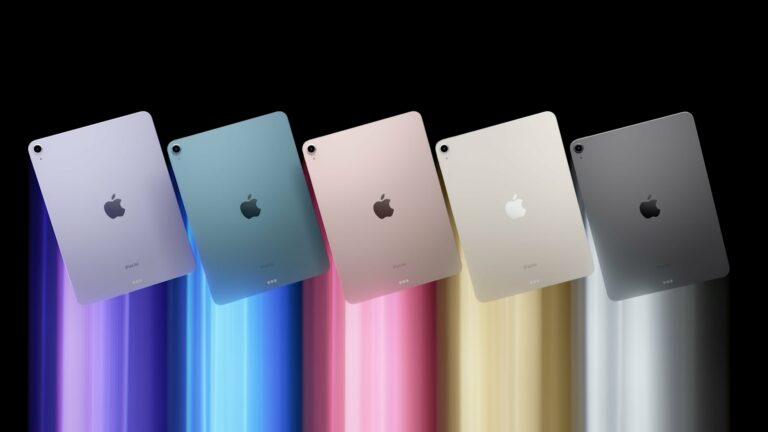 The iPad’s launch and first shipments were on April 3rd, and that day introduced a product that has redefined the concept of a tablet and seen tremendous success. In recent years, though, the iPad has battled to maintain its uniqueness in the face of larger and more capable smartphones.

Long before the iPad, Apple was experimenting with tablets. Its Newton MessagePad PDAs, which date back to 1993, were tablet-like in appearance, albeit primitive by today’s standards, with restricted apps, black-and-white displays, and complete reliance on a stylus. The business also prototyped the PenLite, a more powerful PowerBook-based tablet that was never released.

The iPad was first developed in 2004, when designer Jonathan Ive and others created a novel tablet prototype. The product was scheduled to be released before the iPhone, but Apple decided that the latter was more vital, and it debuted in 2007 employing identical technologies.

Following the success of the iPhone, rumours about tablet plans began to circulate, with different reports as to what the product would be called and what it might perform. Finally, on Jan. 27, 2010, Apple CEO Steve Jobs debuted the iPad at the Yerba Buena Center in San Francisco, igniting both excitement and scepticism.

Preorders began on March 12, 2010 ahead of an Apr. 3 U.S. release date at Apple’s online and outlet stores. Initially, only Wi-Fi models were available — 3G-capable models had to wait until Apr. 30, and then could only be used with AT&T in either unlimited or 250-megabyte plans. It wouldn’t be until May 28 that any iPad was available outside the U.S.

Thanks to the company’s takeover of PA Semi, the iPad was the first product to use an Apple-designed processor, the A4. It also featured a 9.7-inch, 1024-by-768-pixel display, and options for 16, 32, or 64 gigabytes of storage.

The tablet’s crowning triumph was extending the iPhone’s multi-touch interface to a considerably larger screen, allowing it to function more like a laptop. Apple created a bespoke version of the iPhone OS for it, which let users to utilise apps and the homescreen in any position — unlike the iPhone, which was only vertical at the time.

The product also announced the launch of iBooks and the iBookstore, with the hope that consumers would want to read books, periodicals, and newspapers in the new format. Apple’s cooperation with publishers to combat Amazon’s e-book dominance would eventually lead to serious legal repercussions.

The iPad had a solid start in terms of sales. At launch, more than 300,000 copies were sold, with 1 million sold by May 3. On a quarterly basis, iPads were outselling Macs by the end of the year.

The iPad 2 was released on March 11, 2011, with a speedier A5 CPU, but it was most notable for enhancing Apple’s design and concepts. The device was lighter and thinner than previous models, and it was the first to enable Smart Covers, with magnets that not only kept cases attached but also woke the iPad when it was opened. Other new features, such as FaceTime, were enabled by the addition of a gyroscope and front- and rear-facing cameras.

The iPad 2 became Apple’s tablet workhorse in many respects.

The tablet remained on the market for years, with a slight update with the debut of the third-generation iPad, which reduced the size of the A5 and improved battery usage. It could run six distinct versions of iOS, ranging from 4 to 9.

Around this time, Apple began promoting the iPad as an educational tool, a trend that would only grow in the coming years.

The third-generation iPad, “The new iPad” & iPad mini 2012, expanded on this foundation with a dual-core A5X CPU, quad-core graphics, and the first-ever Retina display on an iPad, pushing resolution to 2,048 by 1,536 pixels. It also supported LTE, although not globally.

The device’s third iteration was underpowered for the retina display. So, in October of the same year, a fourth-generation iPad was announced, with the same general design but with an A6X CPU, FaceTime HD, and expanded LTE support. It was also the first iPad to use a Lightning connector instead of 30-pin connectors.

To compete with tablets like the Amazon Kindle Fire and Google Nexus 7, Apple also revealed the iPad mini, a smaller and lighter 7.9-inch tablet with similar features to the iPad 2.

The iPad Air, released in November 2013, was yet another serious attempt to reinvent the iPad. The gadget was 7.5 millimetres slimmer and 22% lighter than the iPad 2. Bezels were reduced, cameras were updated, and it transitioned to an A7 CPU paired with an M7 motion co-processor.

The iPad mini 2 arrived around the same time, and it was identical in most ways to the Air – most notably, it made the switch to a Retina display, which some argued should’ve been on the initial Mini.

By 2014, the iPad had lost its lustre, mainly due to the release of Apple’s first iPhones larger than 4 inches, the iPhone 6 and 6 Plus. The Air 2 epitomised this, as did the Mini 3, which was effectively a Mini 2 with Touch ID and a triple-core A8X chipset.

In an effort to boost sales and position the iPad as a serious tool, Apple introduced the first iPad Pro in September 2015, a 12.9-inch, $799 tablet with an A9X processor, 4 gigabytes of DDR4 RAM, the first Smart Connector port and optional Smart Keyboard, and support for the Apple Pencil — a low-latency stylus with pressure sensitivity and angle detection. While the Pencil was eventually well-received, it was criticised for its $99 price tag and the positioning of its Lightning connector, which caused it to protrude like a spike when put into an iPad.

In March 2016, a 9.7-inch Pro would be released. This version of the A9X had 2 gigabytes of RAM and was slightly slower, but it had Retina Flash for front-facing photographs and a True Tone flash on the back. True Tone was also applied to its display, which was the first to adapt colour temperature to ambient lighting.

The Mini 4 — still Apple’s most recent Mini model — was unveiled alongside the 12.9-inch Pro. The tablet was given an A8 CPU and 2 gigabytes of RAM, putting it behind its larger brothers.

All three tablets, however, supported iOS 9’s new multitasking capabilities, including Slide Over, Split View, and Picture in Picture.

Last June, Apple updated the iPad Pro line, ensuring that both had 2.34-gigahertz hexa-core A10X chips, 4 gigabytes of RAM, and True Tone screens, while also increasing the smaller size to 10.5 inches with fewer bezels. The refresh rate of their panels was increased to 120 Hertz by “ProMotion.”

In March 2017, the firm introduced a $329 9.7-inch “cheap” iPad featuring an A9 CPU and 2 gigabytes of RAM to replace the aged iPad Air 2. Some Pro features, including as a rear flash, a True Tone display, and Apple Pencil compatibility, were missing.

At the Chicago “Field Trip” press presentation, Apple updated the cheap iPad with an A10 CPU and Pencil functionality while omitting features such as a True Tone display and rear flash. The tablet was priced at $299 for schools.
iOS 11, introduced in September 2017, considerably enhanced multitasking with features such as a Mac-like dock, a separate Files app, and drag-and-drop for compatible apps.

What is Apple’s next steps?

According to current rumours, new Pros with Face ID, similar to the iPhone X, will be released in June. They’re expected to do away with physical home buttons at the same time, further reducing size and weight, though their displays are unlikely to be truly edge-to-edge.

The corporation is unlikely to convert from LCD to OLED because the latter is already expensive on iPhones. Inside the tablets, eight-core “A11X” CPUs are expected.

The year 2019 and beyond are fraught with uncertainty. Apple will most likely transition to OLED or MicroLED as it becomes profitable. At some point, Apple may feel compelled to make iPads more Mac-like, if not by opening up their filesystem, then by supporting additional peripherals and making iOS as flexible as possible.

It’s unclear what Apple had in mind for the iPad’s consumer cycle. They appear to have expected a two-year cycle, similar to the iPhone, but instead received something closer to four years, similar to the Mac. Because the iPad is designed to last, Apple may be a victim of its own success in this area.

This has resulted in some Wall Street drama and predictions that the iPad is a fading product. However, in a so-called decreasing sales environment, the iPad sells slightly more in volume than the Mac, at a lower average price.